”You in the West probably haven’t thought that something so awful could happen to you. But we who live here in Gaza are used to being trapped and that life can change at any time, we take nothing for granted”, says Lubna Beseisso. She lives in Gaza city and is hoping for international support even in coronation times.

– Our health system is very weak due to the Israeli blockade and all Israeli bomb attacks that Gaza has been exposed to. So far, very seriously ill people have at best been allowed to go to hospitals in Israel or the West Bank, provided the Israelis allow it. But no one wants to receive patients who have corona. So if the infection hits here, it will be disaster!

The Gaza Strip is part of the Palestinian Authority and is often called the world’s largest outdoor prison. Here, the more than 1.8 million inhabitants are crowded on an area approximately the size of the island of Orust on the Swedish west coast – 365 square kilometers, and the borders to both Israel and Egypt are closed. Few are allowed to leave the area, most people live their entire lives on this narrow land strip, one of the world’s most densely populated areas.

When we talk on mobile on Saturday evening on March 21, Gaza has not yet had a corona case. But Lubna Beseisso is convinced that it is only a matter of time before Gaza also gets its first case. And she will be it right.

Lubna Beseisso lives in the ”capital” of Gaza City, once a beautiful holiday paradise where old fashion, long ago elegant hotels border the Mediterranean strip and with gray, worn houses along the city streets. Many houses have bomb damages. Just seven miles away is the Israeli metropolis of Tel Aviv, with high-rise buildings, nightclubs and state-of-the-art tech companies.

I met her in Gaza City several times some seven years ago, when we both were working on an aid project to improve the water supply in Palestine. In perfect English with American accent, she used to guide me around Gaza City, among bomb craters, candy stores, poor food markets and fish restaurants with delicious food.

She has an exam from an architect school, but after graduating she has mainly been working as secretary and project manager for various donor organizations and authorities.

– When I finished my education, Israel’s blockade of Gaza began. And since then, there are no jobs for architects here, she says laconically.

Lubna Beseissoo believes that the responsible politicians in Gaza and the aid organizations operating there so far have done what they can to inform Corona and how to limit the spread of the infection. Everyone who feels the slightest symptoms of a cold or flu has been urged to stay home, and there is a ”hotline” to call and ask questions about the virus. Those who have jobs and can manage it from home are encouraged to do so. Restaurants and bars are closing this weekend. It is also a stop for weddings with lots of people.

– When I was out yesterday, I met many wedding couples with their guests cheering and ancing along in the streets . It was the last opportunity to celebrate a wedding that way. Many who planned a wedding this spring or summer quickly chose to change their time and celebrate it now instead!

The Israeli land- air- and sea blockade against Gaza began in 2007, after Hamas won a democratic election in 2006 and took control of the Gaza strip. Israel decides on all imports of goods into Gaza and controls the electricity and water supply. The result has been a constant shortage of medicines, electronics, medical equipment, electricity and clean water, among others. Right now, the electrical system works 16 hours a day, Lubna Beseisso says. Eight hours at night you are completely without the possibility to light the lamp or use the electric stove. Pure water is a constant shortage, the tap water tastes salty of the Mediterranean sea water that has penetrated into the old rusty piping system.

The economy is catastrpphic and about 85 percent of the population, or 1.6 million, is dependent on humanitarian aid from the UN agency UNWRA, the EU and various donor countries.

But Lubna Beseisson thinks that the Gazans in a way are better equipped than the people in the western world to meet a challenge like corona:

– You guys in the West probably didn’t think something so awful could happen to you. But we who live here in Gaza are used to the fact that life can change at any time, that our houses and schools can be bombed and people can die, we take nothing for granted.

What can happen now, when basically all donor countries themselves are affected by corona? Lubna Beseisso believes that they will continue to support Gaza and other recipient countries, even if they themselves are in an emergency.

– If you get control of the infection in your own country but leave it free here, you have not solved the problem. The epidemic must be solved globally, there is no other way! I know we have already received help from, among others, Kuwait and Qatar with money and equipment.

– We here in Gaza have felt abandoned by the world since Israel began its blockade 14 years ago. But I hope that humanity and solidarity also include us in this difficult situation. I actually think so!

A few hours after our call, I receive a short message from Lubna.

– Just learned that two corona cases have been detected here in Gaza. 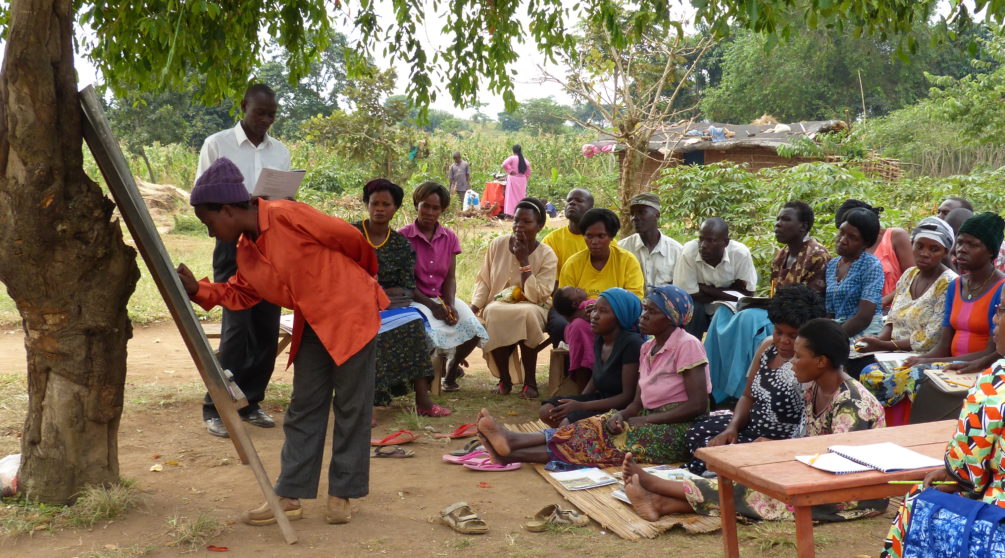 “People are in Panic, Hunger is Worse than Pandemics!”