Around Africa, we see how the efforts made against Covid-19 risk killing many more than those affected by the pandemic itself. Is it really reasonable? Who takes responsibility when poverty levels soar and children starve to death? argues Hélène Boëthius, the Chair of ALEF, Adult Learning and Empowerment Facilitators.

The BBC reports on April 16 that security forces in Nigeria have shot dead 18 people who violated the curfew because of the corona epidemic, while 13 people have died from the virus.

This illustrates in a drastic way what I have seen coming in Africa: the measures to prevent the infection are causing more damage than the infection itself. Closed boundaries, stopped transport and travel create shortages of food and sky-high price increases. At the same time, tens of thousands or hundreds of thousands of day labourers have lost their income. Parents who buy food for their children every day for the money they earned the same day suddenly have no chance of making money. It does not take long before a child who is deprived of food starves to death or gets permanent brain damage.

ALEF cooperates in projects in the South Kivu Province of the Democratic Republic of Congo, in the Wakiso district in Uganda and in central Togo. We receive continuous reports from our partners on how people are affected by the restrictions. Here is an excerpt from a report on April 17 from our project manager in Bukavu in South Kivu:

“Yesterday, I walked 60 kilometers to a village. I found that people know about the pandemic, but do little to protect themselves. … They say that if the virus comes then everyone will die. But they worry much more about starvation, because they can no longer buy any food from Bukavu. For several weeks, most households eat a single daily meal consisting of leaves from bean plants and sweet potatoes, without oil or salt. … Here in Bukavu, the starvation is less tangible, because there is food in the markets, but people do not have money to buy it. … Since the beginning of the week, it is forbidden for people over 60 to go out in Bukavu, but they were not given anything to eat. In addition. In addition, some 50 truck drivers have been quarantined at a hotel in Bukavu. They have to pay for the hotel rooms themselves, even though they lack money. They have nothing to eat. People are panicking. The journalist who interviewed them has been arrested”.

Thousands of children die from diarrhoea
People in Africa are accustomed to illness and death. When I lived in Togo in the 1980s and 1990s, there was basically no mother who had not seen at least one of the children die, no young adult who did not have several siblings who died. Children died of malaria in my arms, others in the car on the way to the hospital. Malaria still takes many lives. Every day, thousands of children in the world die from diarrhoea caused by dirty water and lack of sanitation. Hunger and malnutrition take at least as many victims. In some West African countries, 4 percent of all children are born with sickle cell anaemia, according to Wikipedia. It is a hereditary blood disease, where the red blood cells are deformed. Most of the children die before the age of 12. Globalportalen mentions that 660,000 people die from malaria every year. 90% of them are children in Africa. It should also be mentioned that 23.8 million people in Africa live with HIV.

Thus, corona virus is not very dangerous by African standards; it’s just another disease among all those that are already reaping lives in all families and villages across the continent. According to the data we have available now, maybe 1-3 percent of those infected with coronavirus will die. Most of them are elderly. Africa’s population is young: most of them are under 30. Those who have survived their 60th birthday have already survived many illnesses.

Measures are devastating
Measures against the spread of infection that are more or less good and appropriate in Europe can be completely devastating in poor countries. The severe restrictions imposed in most African countries run the risk of killing many more than the virus, especially through starvation and poverty, but also through fear and panic. Rumours are being circulated that everyone who is infected dies, that the disease is worse than Ebola. Fear can be extremely dangerous. People with mild symptoms are at risk of being ostracized and perhaps even killed because of the fear of contamination.

ALEF’s adult education program should now have 3,500 participants in 165 study groups, mostly in rural areas. All the study groups are now inactive. Instead, our partner organisations work with sms, WhatsApp and FM radio to spread easily understandable and easily applicable information about how to protect themselves against the virus, and above all – that EVERYONE IS NOT GOING TO DIE. We also encourage them to care for the sick. But we feel a huge powerlessness in the face of the reports we receive about famine and anxiety.

Which international actors have encouraged governments in low income countries to impose restrictions similar to those in the North, restrictions which, in the context of poverty, can create huge famine disasters? Which global players are now working to mitigate the effects of closed borders, day labourers without income or safety nets, food shortages and soaring prices? Is the WHO sending out recommendations that will throw millions of people, many of them children, into starvation, death, and anxiety? Who takes responsibility when poverty levels rise and children starve to death? 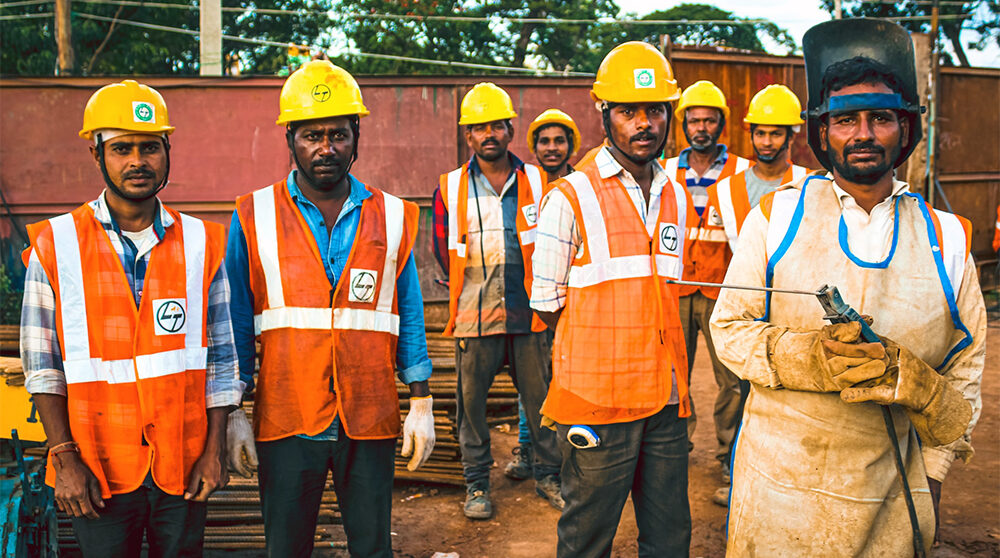