Since Anela and Åke reported several officials at the Iranian embassy for assault, they have received death threats and now they are living in a secret location.
– The Iranian embassy in Sweden is not serving us Iranians, it is the regime’s extended arm, it’s a spy house, says Anela, who wants the Swedish Foreign Ministry to close the embassy and expel the ambassador.

It was on 9 December, the day after Mohsen Shekari was executed in Iran, that Anela and Åke visited the Iranian embassy on Lidingö in Stockholm.

They were devastated by developments in the country where Anela was born and brought up. That a 23-year-old is punished with death for participating in protests is no surprise to Anela, she is all too aware of what the regime is capable of, but the news still effected her deeply.

– You can’t get used to the repression, it’s just as painful every time, Anela says over the phone.

It was before noon on Friday when they arrived at the embassy. They said they wanted to renew Anela’s ID documents to be let in. They were led trough the entrance and taken to the waiting area.

– That is when I took off my hijab, tore up the picture I had with me of Khamenei and then I shouted ”down with the dictator” and then asked why Mohsen Shekari was killed, says Anela.

Were locket up and beaten
Then everything happened quickly. The door was slammed and locked behind them. Anela was dragged to the floor. Several men beat and kicked her and they pulled her hair.

– Anela shouted that they were not allowed to touch us and told them to alert the police, but they didn’t care, Åke says.

The police has been permanently present outside the embassy since the beginning of the protests.

– They could just have called the police and we could have been escorted out of there, it was a completely peaceful protest, Åke says.

Åke was also kicked and beaten. When he tried to pick up his mobile to call the police, the staff took his phone and then pushed him against the door.

– When they kicked me out, I remember turning around and seeing Anela lying on the floor and they pulled her towards another room.

– I understood that they would send Åke out and just keep me. That I would be left completely at their mercy, says Anela, if the police hadn’t come, I think anything could have happened, she continues.

The police stoped the assault
But the police came and managed to stop the assault. Åke is not sure, but he thinks he managed to alert them when he was kicked out.

Åke and Anela are still in pain after what happened inside the embassy. Åke suffered fractured ribbs and Anela suffered a fractured nose. But what is worse than the physical pain is the stress and anxiety they both now live with. Following the police report, Anela has received death threats from a social media account and both she and Åke are now living in an undisclosed location.

She doesn’t understand why the Swedish authorities don’t close the embassy.

– The Iranian embassy in Sweden is not serving us Iranians, it is a threat to us and the regime’s extended arm here, it’s a spy house, says Anela.

”Sanctions is the wrong way to go”
After the execution of Mohsen Shekari the Foreign Minister, Tobias Billström, told SVT that Sweden condemns the execution and he called for continued sanctions. The Iranian ambassador was also called to UD for a talk with the minister about the executions the week after Christmas.

That’s not enough, says Anela, who thinks the sanctions are wrong.

– It only hurts the people of Iran, they must direct the sanctions against those who rule the country. Freeze their bank accounts, freeze their children’s and grandchildren’s bank accounts. Take back their citizenship in European countries, the Iranian security services should be considered a terrorist organisation, says Anela.

– Iran’s embassy in Stockholm, as well as our embassy in Tehran, are important channels for us to convey messages about how we see developments in Iran, as well as to defend Swedish interests and be able to act on important issues, writes Sofia Widegren, a political expert at the Ministry of Foreign Affairs, to Global Bar in an email.

– What interests is it that Sweden has with Iran that would be more important than the lives of our smart, beautiful children that are being tortured and murdered? They are literally killing out future and no one is doing anything, says Anela.

Global Bar has reached out to the Iranian embassy for comment without geting any response. 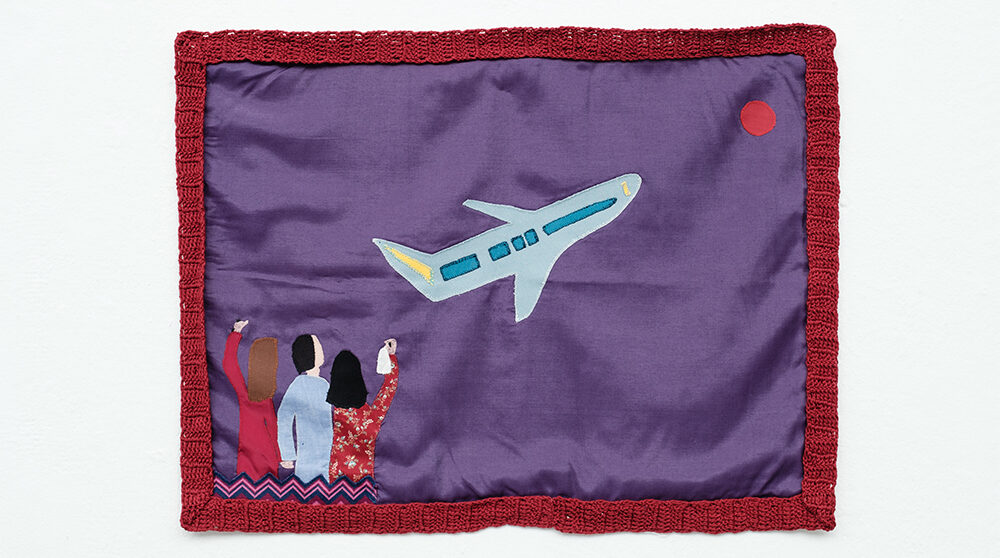