During my treatment due to COVID-19 infection in the second pandemic wave, I got more health conscious. I especially focused on nutrition (high protein rich diet) for boosting immunity. That nutrition has helped COVID patients to recover faster than the normal patient getting small amount of nutritious food. During that time of pandemic people spent most of their earning on food both in rural and urban India.

This is an opinion article. The views expressed are the author´s own.

People tend to think that packed food is more hygienic and healthier than the loose one. This line of thinking has led to an increase in the consumption of packed food in India. The regular and excess consumption of foods high in fat, sugar and salt leads to obesity and is a risk factor for diabetes, high blood pressure, heart diseases and other non-communicable diseases (NCDs).

Silent killer: Non-Communicable Diseases (NCDs) are the major cause of morbidity and mortality in India. As we know, be it fresh preparations or pre-packaged food, excess consumption of food that is high in fat, salt or sugar (HFSS) are often the major risk factors for obesity and NCDs.

Noncommunicable diseases (NCDs) are a group of diseases that affect individuals over an extended period of time causing a socio-economic burden to the nation. The major NCDs share four behavioral risk factors – unhealthy diet, lack of physical activity, and use of tobacco and alcohol. Factors contributing to the rise of NCDs also include ageing, rapid unplanned urbanization and globalization.

In 2008, NCDs accounted for 5.2 million deaths in India. A rising trend in the burden of NCDs is expected in the years ahead.

Non-communicable diseases (NCDs) are medical conditions or diseases that are not caused by infectious agents. These are chronic diseases of long duration, and generally with slow progression, and are the result of a combination of genetic, physiological, environmental and behavioural factors.

NCDs are one of the major challenges for public health in the 21st century, not only in terms of human suffering they cause but also the harm/burden they inflict on the socioeconomic development of the country. NCDs kill approximately 41 million people (71% of global deaths) worldwide each year, including 14 million people who die too young between the ages of 30 and 70. The majority of premature NCD deaths are preventable. According to World Health Organization (WHO) projections, the total annual number of deaths from NCDs will increase to 55 million by 2030, if timely interventions are not done for prevention and control of NCDs. NCDs are rapidly increasing globally and have already reached epidemic proportions in many countries, largely due to globalization, industrialization, and rapid urbanization with demographic and lifestyle changes.

India is experiencing a rapid health transition with a rising burden of non-communicable diseases (NCDs) surpassing the burden of communicable diseases like water-borne or vector-borne diseases, tuberculosis (TB), HIV etc. In India, nearly 5.8 million people (WHO report, 2015) die from NCDs (heart and lung diseases, stroke, cancer and diabetes) every year. In other words, one in four Indians risk dying from a NCD before they reach the age of 70. NCDs, including cardiovascular diseases, cancer, chronic respiratory diseases, diabetes and other NCDs, are estimated to account for around 60% of all deaths, thus making them the leading causes of death. NCDs cause considerable loss in potentially productive years of life. Losses due to premature deaths related to heart diseases, stroke, hypertension and diabetes are also projected to increase over the years.

In a report “India: Health of the Nation’s States” by the Ministry of Health and Family Welfare (MOHFW), Government of India (GOI), it is found that there was an increase in the contribution of NCDs from 30% of the total disease burden – ‘disability-adjusted life years’ (DALYs) – in 1990 to 55% in 2016 and also an increase in proportion of deaths due to NCDs (among all deaths) from 37% in 1990 to 61% in 2016. This shows a rapid epidemiological transition with a shift in disease burden to NCDs.

To address the rising prevalence of NCDs in India, The Food Safety Standards Authority of India (FSSAI) is actively considering a regulation for Front of Package Labels (FoPL) for all packaged foods. There will be no better time to introduce FoPL regulation in the country than when the COVID pandemic has brought public health including children’s health and well-being at the centre stage of the public discourse and catch the imagination of every Indian. Increasing obesity and high prevalence of NCDs among children and young population is the second pandemic the country is staring at.

During the second wave of the pandemic outbreak people got more conscious about the health and especially focused on nutrition (high protein rich diet) for boosting their immunity. The nutrition has helped the COVID patients to recover faster than the normal patient getting small amount of nutritious food. During both waves of the pandemic people spent most of their earning on food both in rural and urban India. Secondly people think that packed food is more hygienic and healthier than the loose one. It increased the consumption of packed food in India. India became the third largest country to consume packaged food especially by children and adolescents. Hunger and malnutrition in all its forms – undernutrition, including wasting and stunting, micronutrient deficiencies, overweight, and obesity – are major challenges that countries face and are a potential result of food insecurity and unhealthy diets along with many other factors and causes.

Undernourished women are more likely to have low-birth-weight babies who are at an increased risk of becoming malnourished as children – and into adulthood – as well as overweight or obese as adults. Maternal obesity poses short – and long-term – risks for maternal and child health and wellbeing including poor cognition and increased risk of neurodevelopment disorders early in life, and an increased susceptibility to overweight in school age and pre-school age children and obesity and non-communicable diseases (NCDs) in adult life. These diseases may lead to early death and increased morbidity and disability which require higher spending on health care, and place significant burdens on national health care systems and economies.

Malnutrition in all its forms is associated with various forms of ill health and increased mortality. Undernutrition is a major cause of death among children under the age of five years, and a source of increased susceptibility to infectious diseases and NCDs in adulthood. Overweight and obesity represent major and increasing risk factors globally for diet-related NCDs such as some forms of cancer, cardiovascular disease, chronic respiratory diseases and diabetes.

World Health Organization (WHO) states that the Front of Pack Labelling (FoPL) is a crucial policy tool for nations to provide healthier food options for citizens, and provides guiding principles and framework manual on FoPL for various regions, including the Nutrient Profile Model (NPM) for the South Asia region.

NPMs define whether a food product has excessive levels of sugar, salt and fats and state what the threshold is for each nutrient of concern. NPMs can either follow a regional WHO format or be a global best practice decided by experts free from industry influence and any kind of conflicts of interest in the country, based on the country’s nutrition guidelines/diet.

We need to create an enabling environment in shaping public discourse including government deliberation on Nutrient Profile Model and Front of Packet Labelling (FoPL) regulation. We are looking to ensure following principle in FoPL regulation in the country which helps India leapfrogging in protecting children’s health as well as support and promote healthy food products manufactured and marketed by the food processing industry.

(a) Front of Package Labelling should be empowering consumer with accurate information in the most lucid way and make the consumer aware of food products that are high in fat, sugar and salt content.

This will be a unique opportunity created in India which will help leapfrogging the Indian food processing industry and attract more foreign investment. 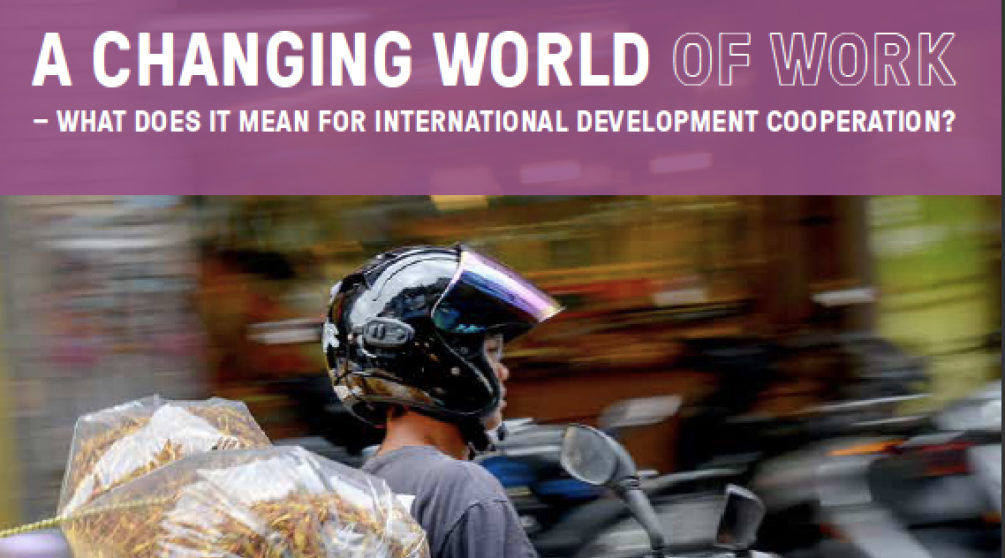