– We have managed to know the truth, what is left now is accountability, justice has to be done in the Gambia. There should be no impunity for the perpetrators of serious and multiple crimes against international human rights, says Essa Faal, appointed Lead Counsel of the Gambia’s TRRC (Truth, Reconciliation and Reparations Commission) for more than two years, and an international defence lawyer with the ICC (International Criminal Court) for more than 15 years.

Essa Faal goes straight to the point. The international community, and the Gambian community, he says, now have to make sure that the perpetrators of the worst atrocities are brought to justice.
– There should be no impunity for violations of international human rights laws, and to ensure this is a collective responsibility. We should all be interested in that these types of crimes are investigated, by whomever they are committed.

While the hearings have brought truth and clarity for many victims and their relatives, it has been impossible to determine the number of all the cases, such as sexual abuse, torture, arbitrary detentions, forced disappearances, poisoning, witch-hunts, dismembering of bodies, and other terrible crimes. Many of these have been performed more or less habitually, as torture seems to have been an organizational policy by the NIA (the National Intelligence Agency) under Jammeh, says Essa Faal.

But when it comes to killings, crimes that have been perpetrated against both Gambians and other West Africans, the Lead Counsel has made a so far unofficial, not yet precise, account..
– It is my estimation right now that the hearings, together with other secured evidence, have proven the former president Yahya Jammeh responsible for the murders of between 214 to 250 persons.

Essa Faal believes that Jammeh will have to face trial for these crimes.
– I am hopeful. Recent prosecutions in the ICC, like the Al Hassan Case, shows that it is indeed possible to bring those who are suspected for crimes against humanity to court. This gives me hope for the future.

Essa Faal does not yet want to answer questions about the Commission’s final recommendations, or if there is a legal body that will be able to take over the TRRC’s important work when it comes to reparations and support to victims. But it’s quite likely that the recommendations will touch on reforms to increase the trust between state institutions and members of the society, new laws to prevent future coups d’etats, the opening of court cases against Yahya Jammeh and other individuals, and propositions on how to continue supporting the victims and their families, and the reconciliation process, after the TRRC has been closed down (which will happen within three months after the final report has been delivered to the Gambian government).

During the past two years it has been Essa Faal’s job to help the witnesses tell, in detail, about what they experienced. Listening to all the terrible and painful stories of the victims was heavy for everyone, says Essa Faal.
– We have of course had to develop coping mechanisms, with psycho-social support for both witnesses and staff. But we are very satisfied with what we have been able to achieve. Now, Gambians, and people all over the world, know the truth about the atrocities that took place under Jammeh. We know where, when, and how things happened, and that these things have been done by Gambians, against Gambians, and other West Africans. One aspect of getting to know the truth is that when people finally learn about the fate of their loved ones, and in many cases the whereabouts of their remains, this also opens up possibilities for closure and reconciliation.

– Another important achievement is that Gambians have learned a lot from the hearings. The process, learning about the terrible things that have happened and how to deal with them, has educated the population to a considerable extent on their own rights and entitlements.

A number of reconciliation meetings have already been organised by the Commission, mostly on demand from those concerned, and most likely more are to come before the Commission closes.
– These meetings help to bridge the gap between families or communities where people have been on very bad terms with each other, says Essa Faal.

To be able to know the truth about what happened to some of the victims, tradeoffs were made with some of the perpetrators who were promised to be set free if they gave witness statements. Some members of the Gambian society have not been happy about this, but Essa Faal says it was essential for getting to know the truth.

– This was a pragmatic decision born out of necessity. Sometimes you have to make a tradeoff to reach your goals. Jammeh’s paramilitary group “Jungulars” for instance covered up their crimes very well, so what do you prefer, do you want to prosecute and get no result because they deny all the accusations, or would you consider giving some of these people something in return and increase the possibilities for solving the cases?

– There were in fact meetings with families of victims before agreements were done and they gave their consent. Legally speaking this was a good decision, but of course politically it can be viewed otherwise.

When it comes to the questions raised about the soon stepping down ICC Prosecutor Fatou Bensouda, and if there have been any concerns raised by the Commission about her actions during her term as a Minister of Justice and General Attorney in the Gambia, Essa Faal says she served only two years under Yahya Jammeh. She was dismissed from her position in March 2000, before the brutal killings of 14 students during demonstrations in April that same year, and long before an Indemnity bill in order to secure impunity for those responsible for the massacre was passed by the Gambian parliament in 2003.

In his closing statement during the last hearing May 28th, Essa Faal made a powerful summary of truths and atrocities disclosed by witnesses, including mentioning names of more high profiled victims whose cases have finally been solved, such as the journalists Deyda Haydara and Chief Ebrima Manneh, as well as the politically active Solo Sandeng and many more, including the extrajudicial executions of more than 50 migrants from Ghana, Ivory Coast, Togo, Nigeria and Senegal. He also talked about the naivety of the Gambian nation, including his own, when Jammeh came to power in 1994 through a coup, and at first got a lot of popular support. This was a capitulation that enabled a cruel dictatorship, and it contributed to creating today’s need for justice and reconciliation in the Gambia, Essa Faal said.

It’s finally a fact that Essa Faal has become quite appreciated by the public in the Gambia during these last two years. As the Lead Counsel of TRRC, with the heavy responsibility to interrogate the witnesses in detail, he has made a very calm, collected, and steady impression, to the extent that there have even been speculations around the possibility that he might want to run for president in the December elections 2021.

When asked by the reporter about what he will do when the work with TRRC is over, Essa Fall does not give a really clear answer.
– We are not yet there. Our work in the TRRC is not finished. We have completed the public aspect of it, but we are still writing on the reports, still working on reparations and recommendations. So we’ll have to wait and see. 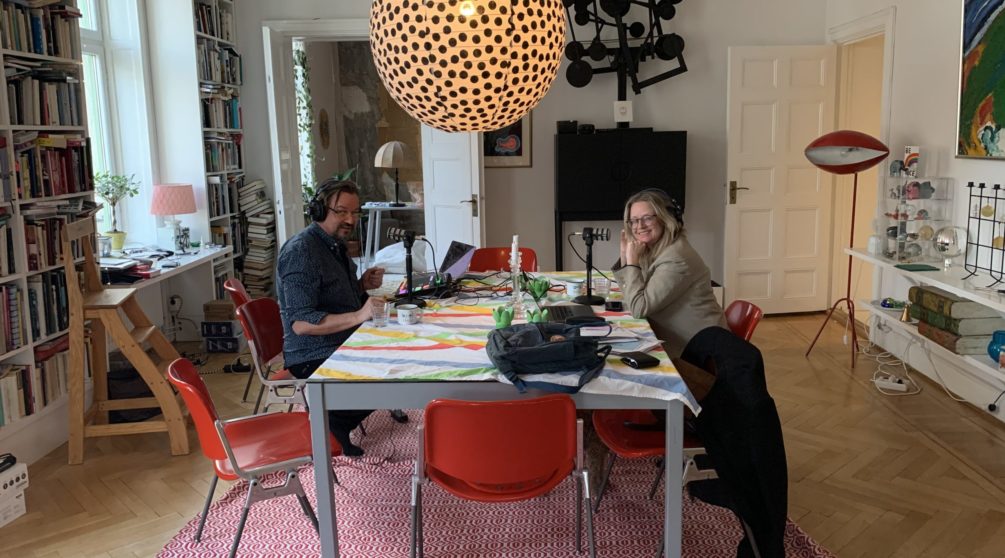