Finland is making a strong stand against the UN corruption scandal by freezing all its payments to the UN and ordering its own investigation. The reason is that the UN has chosen to cover up the serious allegations. The decision stops all funding to UNFPA, UN Women, UNICEF, UNDP and UNEP.

– This could happen again, at the moment we can’t guarantee our taxpaying citizens or the world’s poor that the UN is doing the right thing, says Titta Maja, head of the development policy department at the Finnish Ministry for Foreign Affairs.

As Global Bar Magazine previously reported, UNOPS is being rocked by a corruption scandal. UNOPS management misled Finland into cooperating with the S3i innovation project and later covered up the seriousness of the allegations against the organisation, according to a review by Finland’s Yle.

UNOPS management allegedly repeatedly withheld important information from both Finland and the UNOPS Board. It was only through whistleblower Mukesh Kapila’s blog that Finland would learn that the project it had enthusiastically jumped on was under investigation for squandering $60 million.

Courted by UNOPS
In December 2018, Minister for Foreign Trade and Development Anne-Mari Virolainen received a letter from UNOPS. In the letter, UNOPS praised the city of Espoo for joining the UN Sustainable Urban Development Programme in October 2018. In the same letter, Finland was offered to host the programme office. According to YLE, the letter gave the impression that a Finnish decision was urgent, as UNOPS pointed out that Finland was not the only country they had approached and that negotiations had already been initiated with the other countries – Switzerland and Liechtenstein.

Finland was quick on the draw. A month later, in January 2019, the parties met in the city of Espoo. By then, Finland, which wanted to expand its cooperation with the UN, had agreed to pay €20 million, over a four-year period, to have the S3i programme office in Finland.

The only problem was that UNOPS management never informed Finland that the organisation was being investigated internally for serious shortcomings in the investment in S3i projects.

First warning sign
On 9 December 2021, Titta Maja at the Ministry of Foreign Affairs was contacted by then UNOPS Director-General Grete Faremo, who told her that S3 Director Vitaly Vashelboim had been removed from his post.

– However, we were only given the information related to Vitaly and that he was being investigated for misconduct. We never found out how bad it really was, Titta Maja tells Global Bar Magazine.

Less than a week later, on 14 December, Titta Maja took the decision to freeze the funds for S3i.

– We felt we had to consider whether we could continue to support the project financially, given that the executive director had been put on leave while the investigation was ongoing. At the time, we had no idea of the situation as a whole, continues Titta Maja.

Finland was keen to get answers. Communication between the Finnish Ministry for Foreign Affairs and UNOPS headquarters was intensified. They sent e-mails and letters to various UNOPS bodies to obtain more information.

– We contacted them at regular intervals and asked questions. But we thought it was all about Vitaly, so our questions were mainly about how the process was going and when they thought decisions would be made. We had several video meetings with Grete Faremo who assured us that everything was in order. She did not reveal anything beyond Vitaly. ’It’s almost comical,’ observes Titta Maja.

The Whistleblower
It was by sheer coincidence that a staff member at the ministry stumbled across Professor Mukesh Kapila’s blog. Professor Kapila is a long-time UN veteran. In 2003, as a whistleblower, he had gone public with the UN’s inability to act on human rights abuses in the Darfur region of western Sudan. His involvement and insight into the organisation led to him being contacted by UN staff who told him about what was going on at UNOPS.

– The staff member sent the blog post to me, around March 2022. That’s also when I realized that there was more that wasn’t quite right, says Titta Maja.

When the situation at UNOPS regarding the $22 million to $60 million that had disappeared without a trace was revealed in Professor Kapila’s blog in March 2022, it was the first time that both Watch Maya and the UNOPS Board heard about the problems.

– The allegations in the blog posts were so serious that even the Board started asking questions, says Titta Maja.

On 11 March, the Finnish Ministry of Foreign Affairs demanded answers from UNOPS regarding the information revealed in Professor Kapila’s blog. According to YLE, the UN body responded that Kapila’s blog posts were defamatory and that they had sought legal advice. UNOPS again denied all allegations against S3i, attributing the situation to the organisation’s failure to carry out due diligence.

Finland freezes all funds to the UN
On 14 December 2021, Finland froze all payments to S3i’s headquarters in Helsinki. But Finland is now taking another step to prevent similar situations in the future.

It has commissioned a review of all UN agencies it works with, including UN Women and UNICEF. The aim is to sort out the state of the UN’s internal security system. Finland wants to find out whether the organisation is following its own protocols. Among other things, the investigation is looking at transparency and the whistleblowing function within the UN, and whether it is possible to report irregularities without the risk of reprisals for revealing shortcomings. The investigation will be carried out this summer. Until then, all Finnish funding to the UN has been put on hold. The total amount involved is about 70 million euros.

– Everyone needs answers; we must ensure that a security system is in place. If my minister asks me whether it is safe to spend taxpayers’ money on the UN today, my answer is that I honestly do not know. This bears repeating, at the moment we cannot guarantee our taxpaying citizens or the world’s poor that the UN is running properly. When the investigation is complete and we can demonstrate that things are going safely for taxpayers and our beneficiaries, we can start paying out money again, says Titta Maja.

Titta Maja is careful to point out that Finland is committed to the UN and the 2030 Agenda.

– We have no intention of withholding any money from the UN. We have more than 70 million euros left to distribute. What we want is to make sure that the organisation’s risk management follows protocol. Everyone we talked to at the UN is shaking their head and wondering how this could happen. We want to know that too. This must never happen again, something good has to come out of this, says Titta Maja.

Finland demanded answers at board meeting
For a few days at the beginning of June this year, the UNOPS Executive Board meeting was held in the UN building in New York. In the run-up to the meeting, Finland demanded answers to questions such as whether UNOPS management had been aware that internal investigations into suspected misconduct were already underway when Finland was asked to host the S3i programme office, and why Finland was not informed that these cases, or that investigations were underway despite UNOPS’ obligation to do so, under the Cooperation Agreement. Finland was not informed of the investigation until April 2022.

Global Bar Magazine spoke to Titta Maja, just hours before the UNOPS Executive Board was due to decide on the way forward. Decisions are confidential, but Titta Maja was hopeful. She sees that the Board agrees that there is a need to ensure that the UN’s internal security system can respond to mismanagement, fraud and other irregularities.

– That was precisely the purpose of Finland’s intervention. To ensure that people are held accountable. That police reports are made if there are suspicions of crime. To conduct a thorough review of all UN activities and ensure clarity and transparency. The decision will show what needs to be done in the future, says Titta Maja. 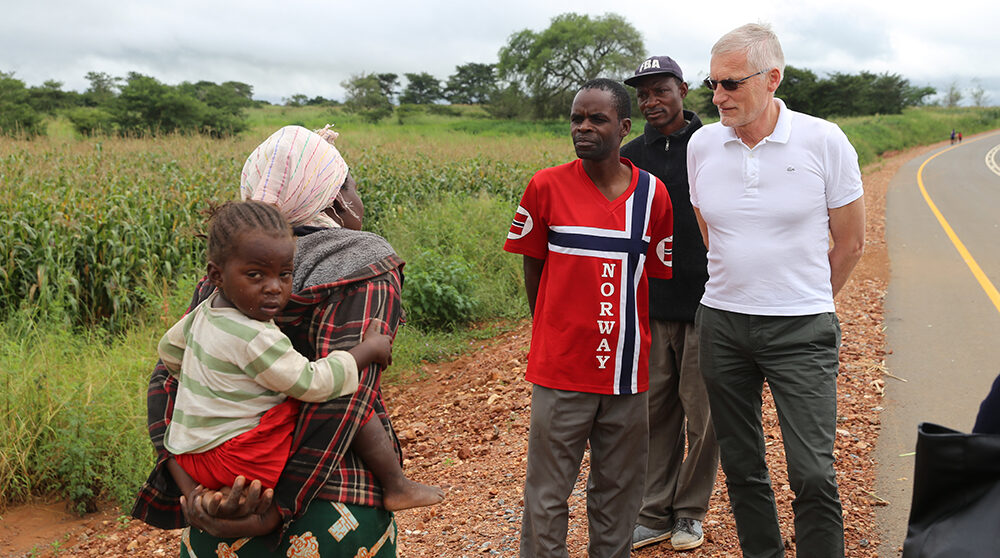