By 2012, there had been over 200 coups and attempted coups in Africa from their various times of independence, many of them i West Africa. Our studies show that democracy in the region tends to be superficial. Despite some gains, democracy remains largely cosmetic, and the conditions that cause coups persist, writes Muhammad Dan Suleiman from The University of Western Australia and Hakeem Onapajo from Nile University of Nigeria.

The views and opinions expressed in this article are those of the authors.

West Africa’s latest successful coup, in Burkina Faso on 24 January 2022, has renewed unease about coups “returning” and democracies “dying” in Africa. The recent attempt in Guinea-Bissau, too, recalled the first decades after independence, when coups were rampant.

By 2012, there had been over 200 coups and attempted coups in Africa from their various times of independence. There was a coup attempt every 55 days in the 1960s and 1970s, and over 90% of African states had a coup experience.

After the Cold War, a neoliberal democratic programme was inaugurated in Africa. It promised to free the continent from authoritarianism and military seizures of power, in favour of political pluralism and the rule of law. Thus, many decades later, coups were supposed to be rare, if not a thing of the past, and dictatorships were supposed to be on the decline.

As one of us argued in a recent article, for this to be a “return” of coups, democracy in Africa must have made a forward move – enough to prevent or reduce coups. To say African democracies are dying is to accept that they were alive.

Either way, coups are rarely a solution to bad governance. The trend must be stopped in its tracks. Yet, it also invites a reassessment of the neoliberal democratic project in Africa.

Our studies of the region’s political history show that democracy in the region tends to be superficial. Despite some gains, democracy remains largely cosmetic, and the conditions that cause coups persist.

In each decade between 1958 and 2008, according to one researcher, West Africa had the highest number of coups on the continent, accounting for 44.4%. Since 2010, there have been over 40 coups and attempted coups in Africa; some 20 occurred in West Africa and the Sahel (including Chad). Since 2019 there have been 7 (five successful and two failed).

Governance deficits, non-fulfilment of the entitlements of citizenship, frustrated masses (most of whom are young) and growing insecurity are chief among the inward-looking causes. International factors, including external influence, are among the outward-looking.

These immediate factors, however, exist in a broader context that allows immediate causes to persist long enough to spark coups. Unimpressive democratic conditions in countries, and the consistency of foreign influence in African countries, make it unsurprising that there have been recent attempted and successful military takeovers of government.

Looking inward at democracy and governance
Despite modest democratic achievements, a more accurate picture of democracy in West Africa is that it is superficial. Elections are held periodically but without crucial ingredients of democracy like informed and active participation, respect for the rule of law, independence of the judiciary and civil liberties.

A survey of voting intentions in 16 African countries found that, in countries with few dominant parties, voters preferred certain parties not because they support the policies of the parties, but because the voters are afraid of being “punished” by elected officials after the election.

Another study found a trend in which political power is inherited rather than democratically contested. And people are appointed who answer to powerful political overlords. There are only a few instances of emerging liberal democratic governments.

Across the continent, several sitting presidents have tampered with constitutional terms to stay longer in power, in just over a decade. Many others have attempted, but failed, to do so.

Like coups in the post-independence era, recent coups in West Africa also have foreign fingerprints. For instance, Russia is cited in both the 2021 and 2020 coups in Mali, as well as the latest one in Burkina Faso.

Assimi Goïta, the leader of both coups in Mali, is also reported to have received US training and assistance. The influence of France in political developments in the sub-region is almost a given, due to its colonial ties to West Africa.

Mahamat Déby’s covert coup in Chad, for example, received endorsement from Paris. China, too, joined Russia in preventing France, which had the support of the US and the EU, to have the UN Security Council support a decision to impose economic and border sanctions on Mali. Indeed, whereas China criticised the putsch in Guinea, it has been quiet on Mali’s.

Thus, in the 21st century too, the quest for strategic influence and advantage by foreign powers in Africa has involved them in coups in the continent. They tolerate local politics and authoritarianism as long as their strategic advantage is served.

The way forward
The conditions under which coups occur are dynamic. To avert future coups and respond to current ones, there must be a radical change of direction. Countries, with the help of regional and global partners, must address governance deficits in the form of non-fulfilment of the entitlements of citizenship, socio-economic frustration, and growing insecurity.

Regional bodies like the Economic Community of West African States and the African Union must also be firm and unbiased in their show of contempt for all types of coups. International avenues for punishing coupists must be supported by global powers. Global intergovernmental bodies must equally check — and African regional organisations must resist – foreign interference in African countries that leads to political instability.

Finally, a more sustainable response to coups is to eliminate the adverse socio-economic and political conditions in national and international politics that allow immediate causes of political instability to hide behind a democratic façade. 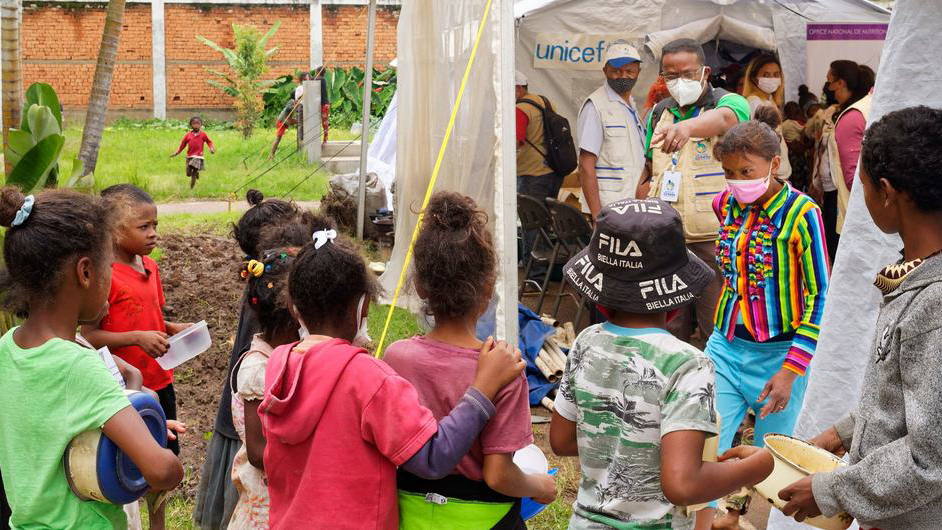