OPINION. We should analyse the coups in West Africa carefully before rejecting them as savage.  We need to understand where the coups come from and address the underlying causes, rather than just criticize the coups, and then immediately move on to something else, writes Malena Liedholm Ndounou, at The Swedish Centre Party International Foundation (CIS).

There seems to be a domino effect at work in French speaking West Africa. There have been military coups d’état in Mali in August 2020, in Mali again in May 2021, in Guinea-Conakry in September 2021, in Burkina Faso in January 2022, and an attempted coup in lusophone Guinea Bissau in early February.

While I do not condone these coups, nor believe that they will lead to long term stability, I do believe that we should analyse them carefully before rejecting them as savage. These recent coups all have a number of things in common. First, the majority of the population is so happy to be rid of the previous regime that they stand behind the military, at least for now. Second, from the very start, the military communicate with civil society and plan for a transition to civil rule. Third, the coups are (almost) bloodless. The deposed presidents have not been hurt, nor their ministers and allies, civilians even less. They are very different coups than the ones e.g., in Latin America in the 1970s and 1980s when the military imprisoned or killed those that they deposed and all those that they perceived to be against them.

Furthermore, to simply condemn the recent coups in West Africa as undemocratic and to automatically defend the toppled regimes is too simplistic. We need to understand where the coups come from and address the underlying causes, rather than just criticize the coups, and then immediately move on to something else. Condemnation on its own will not only be ineffective, but counterproductive.

This implies that before expressing an opinion on this subject, we must ask ourselves how legitimate the toppled regimes are when so many people are happy to see them go. All these countries have excellent constitutions and organize regular elections. Yet for various reasons (person-voting rather than idea-voting, low literacy, corruption …), the elections do not yield elected officials who are actually representative of the population nor concerned with their needs and desires. Another reason to question the legitimacy of regimes is the trend towards constitutional coups d’état through deliberate weakening of institutions and strategic electoral manipulation. The most visible illustration of this executive aggrandizement is the scrapping or tweaking of presidential term limits.

Small wonder then that people are happy for the regimes to be toppled. When decision makers don’t deliver what people need, people do not perceive them to be either legitimate or efficient.

In Mali, the 2020 coup was driven both by the inability of the government to control its territory (perceived inefficiency) and by the results of the 2020 elections being strongly contested (perceived illegitimacy). In Burkina Faso, on the other hand, the actual legitimacy of the deposed President was not contested. The recent coup was driven entirely by perceived inefficiency, i.e., by the inability of the government to stop the recurring terrorist attacks against both civilians and military targets, and its inability to make sure that allotted funds, equipment and rations reach soldiers at the front.

The deteriorating security situation in the Sahel region over the last decade (due to jihadist terrorism and driven by external factors, such as the dissolution of Libya and some eight years later the dissolution of ISIS, and internal factors, such as climate change and rapid demographic growth) is obviously one of the main drivers of the multiplication of military coups d’état. When the government is unable to ensure the security of its citizens, citizens are more likely to put their hope and trust in the military.

For several decades now, Western donors have emphasized good governance and accountability, yet there is little to show for it. So maybe we go about it the wrong way. Maybe we focus too much on elections. (Besides, elections are extremely costly in terms of human and financial resources, and a big share of development aid goes to financing them.) The basis for democracy is free and fair elections. But when people are bribed or coerced into voting a certain way and when election results are tampered with, we cannot keep pretending that election results are actually representative of the people’s will. Maybe it is time to look in earnest for other indicators of democracy and of accountability. Maybe it is time to ask Africans what kind of democracy they want, and actually support them in developing it. Elections are obviously one part of the equation, but I believe other parts are sorely needed too for real democracy to evolve.

What is certain is that if the only reaction of both ECOWAS (the West African regional organisation which has quite a lot of clout, or at least used to have, but that’s a debate for another day) and of Western states is to condemn the coups d’état and put the countries under embargo, the vicious circle will just be strengthened. As long as governments are not perceived as both legitimate and efficient by a big enough proportion of the population, there will be more coups d’état. This is bad news for Africa and for the rest of the world. Without a minimum of stability, there cannot be development. And without development, terrorism and mass emigration will continue and worsen.

Meanwhile, there are now recurrent rumours of fledgling coups in Niger and Côte d’Ivoire… Probably fake news, but what the rumours show is that people are expecting more coups to come. It reminds me of 1990, when the fall of the Iron curtain had a huge effect in sub-Saharan Africa. In country after country, people took to the streets to demand change. Most countries in French speaking Africa were authoritarian single-party states then, but to save their skin, the presidents organized “national conferences” and introduced multi-partyism. I wonder if the same domino effect is at work now. And if yes, what comes next? 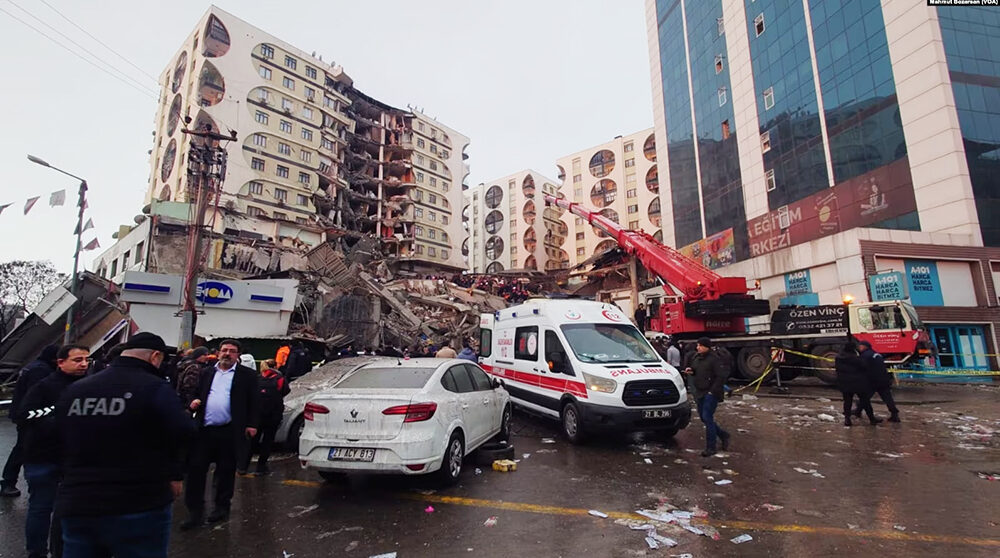