Saadi Yacef, the revolutionary leader and star of the iconic film The Battle of Algiers directed by the renowned Italian film maker Gillo Pontecorvo has passed away. Saadi Yacef fought for his country’s liberation from French colonial rule. He was captured in the fighting, condemned to death but in the end pardoned by de Gaulle, writes Maria Flood from the University of Liverpool.

The Battle of Algiers was filmed in 1965 as a co-production between an Italian creative team and the new Algerian FLN (Front de Libération Nationale) government, whose representative Yacef produced the film and stars as the character of Jaffar.

One of the most extraordinary films ever made, The Battle of Algiers is an emotionally devastating account of the anticolonial struggle of the Algerian people and a brutally candid exposé of the French colonial mindset. Many French people were unhappy with the representation of their army and country in the film. It was not officially censored in France, but the general public and all cinemas boycotted it. It was seen as anti-French propaganda.

In later years, the film was screened to groups classed as revolutionaries and terrorists, apparently becoming a “documentary guidebook” in the Palestinian struggle, and for organisations such as the Irish Republican Army and the Black Panthers, who examined its detailed representation of guerrilla tactics.

It was also shown in the Pentagon in 2003, in the middle of the Iraq War. US counterterrorism experts Richard Clarke and Mike Sheehan suggest that the film showed how a country can win militarily, but still lose the battle for “hearts and minds”.

What relevance does The Battle of Algiers hold today, 55 years after it was first released?

The message of the film is ultimately one of hope: the oppressed multitude will eventually triumph because their cause is just. The images of revolutionary crowds in the film recall the jerky, grainy footage that has emerged from a wave of recent protests in the last decade, from the Black Lives Matter movement to Extinction Rebellion. Pontecorvo thrillingly captures the power and possibility of large gatherings of citizens, who come together to demand rights, putting their bodies at risk to create social and political change.

Additionally, the film refuses to condemn any of the agents in this conflict. As Pontecorvo has stated in a war, even if from a historical standpoint, one side is proven right, and the other wrong, both do horrendous things when they are in battle.

A film of contrasts
Shot in black and white, the film is difficult to classify in terms of style. Its military action sequences and tactical montages remind us of films like Zero Dark Thirty and The Eye in the Sky; indeed, it is almost impossible to film a scene of politically-motivated torture without having The Battle of Algiers as an implicit or explicit point of reference.

The collective aspect of the film’s creation, and the socialist ideals that inspired it, link it to what’s called Third Cinema. This was a kind of revolutionary cinema, a cinema of the “Third World”, that was designed to overthrow the systems of colonialism and capitalism.

The Battle of Algiers is also an example of Italian neorealism, a major film movement coming out of mid-twentieth century Italy. The neorealists made films that opposed Mussolini’s fascist regime, and they focused on the hardships of the working class in Italy. Neorealism was a moral and aesthetic system: it brought art and politics together to expose the ills of society and bring about social change.

The Battle of Algiers was shot entirely on location in Algiers, and Colonel Mathieu was the only professional on set. Pontocorvo selected the other actors from the local population based on their faces and expressions.

Other elements of the neorealist style was the use of techniques that create a documentary aesthetic such as the hand-held camera. Pontecorvo also uses extracts from real-life FLN and police communiqués, letters, and title cards. And he used newsreel stock, which was cheaper, but also added to the sense of verisimilitude in the film.

Although he believed the Algerians cause to be just, Pontecorvo wanted to create a nuanced and fair account of the war. Therefore, he sets up a series of contrasts to reflect this opposition between French and Algerian. This is present in the original musical score by Ennio Morricone: while groups of French soldiers rampage through the Casbah to the sound of jaunty military drums and horns, a haunting flute theme accompanies sequences which feature Algerian civilians.

Contrast is also evident in the use of light and shadow: there are strong chiaroscuro effects, perhaps reflecting the themes of right and wrong in the film. Pontecorvo also uses shadow to highlight the covert operations of the Algerians: Ali La Pointe’s face is filmed with deep shadows, and the face of Colonel Mathieu is always brightly lit.

Space provides another important contrast in the film. Frantz Fanon, a famous theorist of the Algerian revolution, describes the colonial world as a world “cut in two” because of the stark divide between the coloniser and the colonised. In The Battle of Algiers, the wide boulevards of the European quarter are juxtaposed to the narrow, winding, labyrinthine alleyways of the Casbah. Space is also divided vertically and horizontally – the European quarter is flat, while the Casbah is steep and sloping.

This opposition of space highlights the gap between rich and poor, coloniser and colonised.

The question of bias
The biggest contrast in the film is of course between the French and Algerians. The embodiment of French and European values in the film is Colonel Mathieu. He is a suave figure, confident and controlled in army fatigues, stylish sunglasses and slick speech – he has more dialogue than other characters in the film. A number of critics have argued that Mathieu is far ‘too cool’, given that he is a practitioner and a proponent of torture.

Yet Colonel Mathieu is not depicted as an ogre: above all, he embodies reason. We see this in his statements about the use of torture, when he uses solid rhetorical devices to justify it. He says:

…do you think France should stay in Algeria? If you do, you have to accept the necessary consequences.

This is persuasive as a logical argument – if you want French Algeria, you have to accept the actions that result in this outcome – torture.

If Mathieu and the French have reason, what do the Algerians have?

Firstly, they have raw, visceral emotion and the power of the group. The victory at the end of the film is a victory of the masses, embodied in two figures – the martyr Ali La Pointe, the illiterate everyman who becomes a hero for the revolution, and the gyrating, anonymous Algerian women, whose gaze outwards to the future closes the film.

This takes me to the final point about what the Algerians have on their side – the power of historical right. We see this through Pontecorvo’s use of chronology – the narrative proceeds as a flashback, until we leap forward in time to the euphoria and mania of the end of the war and the triumph of the revolutionaries. Pontecorvo here glosses over the fact that the real Battle of Algiers was lost by the Algerians, and jumps into a future of eventual victory in the war.

This is how he views the process of history – the masses, with moral right on their side, will eventually win. 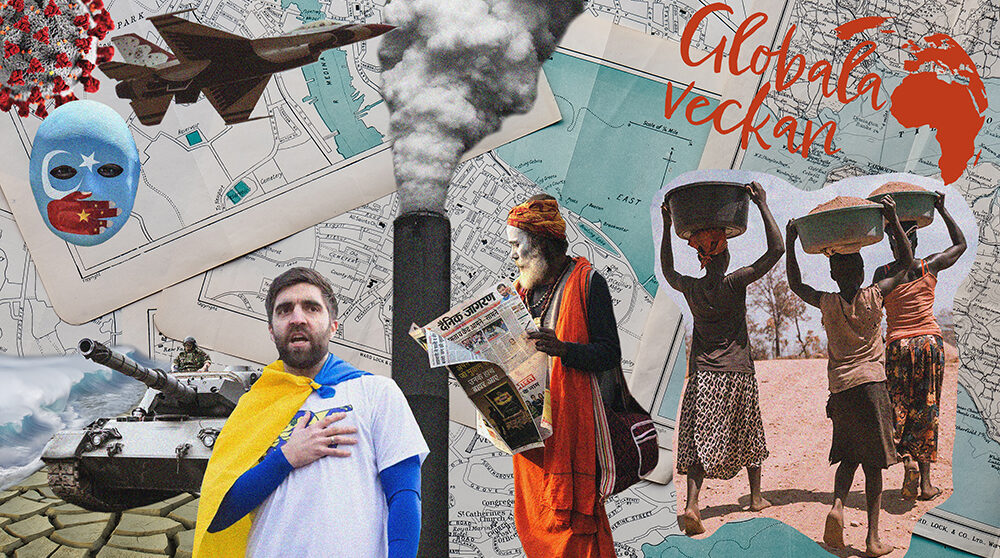