REPORTAGE. In Beirut, Christian refugees from Syrian and Iraq have found temporary shelter in stores in what was once part of a suburban mall. Living in appalling conditions and below the poverty line, they struggle to survive, writes Nuri Kino from the organization A Demand for Action in this eyewitness account.

Before the fall of Saddam Hussein’s regime, there were about 1.3 million Christians in Iraq. Today there are not even 200,000 left. It is estimated that about 600,000 Christians have fled Syria in the last ten years.

Many Christians who fled persecution and genocide in Syria and Iraq came to Lebanon, as there was already a large Christian population here. But life in Lebanon is far from easy. On the 4th of August 2020 an enormous explosion in the harbour of Beirut, killed more than 200 people and injured thousands. Lebanon was already suffering from civil unrest, social and financial difficulties, poverty and unemployment exacerbated by political tensions and the increase of COVID-19 cases.

Today, the financial crisis is severe. The average salary in Lebanon was about $ 500 just two years ago. Today, those who earned that much are forced to accept $ 50 a month in salary. If they refuse they will be fired, and many are unemployed and in line for a job, low paid or not. Meanwhile, food and gas prices have gone up, not down. The situation is unsustainable. And refugees from the surrounding countries are among the most vulnerable.

Charbel Sejaan Center and Roger Charbel, two  small former  malls — located in Beirut’s suburbs, New Rawda and Sid El-Bauchrieh– have become housing for many Christian refugees.  They had fled Isis and other terrorist organizations to find more safety in Lebanon.

Here are the stories of some of the people who live in them;

Lamaa fled from Baghdad to Damascus in 2008. When the war in Syria began and she was again persecuted for her faith and ethnicity, she fled in 2012 to Northeastern Iraq. But just two years later, she, her husband, three children, and all other Christians had three choices— convert, flee, or die. They fled, this time to Lebanon. Now the family lives in a small hovel that used to be a shoe store. They would not be able to pay the rent if they didn’t receive help from siblings abroad. Though they live in harsh conditions they are content that they at least are safe.

Assaad who also is from Iraq talks about his life in Lebanon, which has become like clinical death, he says. ”I sought refuge in Lebanon in 2017, after we fled from ISIS and suffered from persecution and torture. Our exit from Iraq burned our hearts. I suffered several injuries due to the explosions that shook Iraq. We did not know what difficulties awaited us. After a while, it became clear that stability was just an illusion. Evil did not go away, but hid for a while to gradually begin to re-appear.”

He continues his talk from his small room located in the Center of Elie Sajaan, which was once a shoe store: “I had to live in this miserable place because it is the cheapest. The basic requirements for healthy living are not met, so we have to spend for our needs in different ways. In addition, the excessive humidity affected the health of my eight-year-old son, who was suffering from asthma and permanent bronchitis.  This increased our financial burden as we have to provide him with oxygen on a continuous basis.”

Unpredictable circumstances await him in this unfit dwelling, and he is now unable to even pay his rent or secure medicine for his sick son. However, sharing his suffering with Iraqi refugees in such a neighbourhood eases his harsh conditions- which are becoming more difficult day by day- and helps him to feel that his motherland seems less far away.

Bashar, also from Iraq, speaks from his small cabin that was once a pastry shop, even though the place does not look like a home at all: ”I fled Iraq because of sectarian pressure on me and my family members after several attempts at kidnapping, religious pressure and the imposition of Islamic customs… etc. and sought refuge in Lebanon in 2017.”

Bashar, who is overwhelmed with painful memories, says: ”I thought we would be fine in this place, but on the contrary, my situation worsened. My nine-year-old son, who suffers from headache, his health deteriorated due to my inability to secure the necessary medication for him, and my 15-year-old daughter still suffers from trauma because of the many scenes of killings, corpses and kidnappings that she has seen.” He adds, ”I could not even take my wife to the hospital when she contracted corona because I could not afford the costs of the hospital and treatment.”

As for his place of residence, a store with no ventilation, no lighting and great humidity, he says: ”I’m afraid that I am going to end up surviving from alms . We will have to meet our needs at the neighbours” and share with them the rent for their miserable place of living, which is not in  any better condition than ours.” Bashar still dreams every night of obtaining to approval to travel to Britain, which will be a saviour for him and others like him who are no longer obsessed with returning to Iraq. Their goals are neither near nor far.

Maureen from Iraq, 33 years old, referred to the devastating conditions in which she lives with her four-year-old child. She said: “In 2010, I took refuge with my family in Syria, as it is the closest to Iraq and enjoyed security and stability. But this situation did not last long.  After the start of the crisis in Syria,  family I was working with went to Lebanon in 2018 to escape the deteriorating situation in Syria.”

Maureen is living with her autistic son. Her husband, the father has left them. No ventilation or lighting and high humidity, in addition to the high rent.

Marin from Syria needs to provide large amounts of money to be able to take care of her family that consists of three members: her young son, who is injured after being tortured by terrorists, and her husband who suffers from throat cancer and now is paralyzed because she could not afford his treatment. He is unable to breathe without an oxygen machine. He is also suffering from chronic blood pressure and diabetes.

Like most Syrian refugees in Lebanon, Marin lives with her family below the poverty line. Obviously in pain and anguish she says: “I am the support for my family, as we depend on aid and subsidies to survive. But the aid and subsidies we receive hardly cover our expenses.  After paying rent and bills, we have nothing left to cover the extra living costs, forcing my injured son to work as a porter, instead of continuing his education and securing his future. With this, all our dreams are lost.” Marin is waiting to travel to any country to escape her harsh conditions.

However, in the absence of real political progress in both Iraq and Syria, returning home will remain a distant goal. Meanwhile, the international community needs to acknowledge and address the concerns of Lebanon and other refugee-hosting countries by providing real assistance to governments, local and international NGOs, and to support international relief efforts, including through UN mechanisms.

Background
Most Christians in Syria and Iraq are indigenous and call themselves Assyrians, Chaldeans, or Syriacs. These are different names for a common ethnicity rooted in the Mesopotamian kingdoms that flourished between the Tigris and the Euphrates rivers thousands of years before Jesus. They take pride both in being the descendants of the cradle of modern civilization and in sharing Jesus’s mother tongue Aramaic, of which they are native speakers. The Armenian people are close to them geographically and have suffered the same genocides. 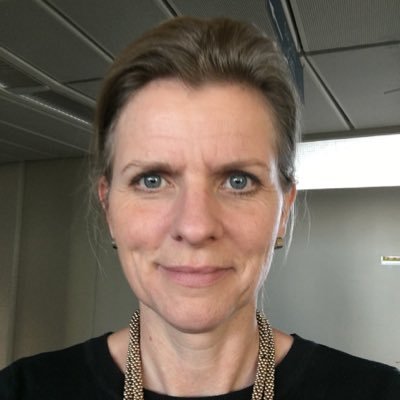