OPINION. Why is the UN Food System Summit (FSS) ignoring the issue of landlessness and land grabbing? The answer is quite straightforward. Landgrabbers are effectively running the FSS, writes Arnold Padilla, Food Sovereignty Programme coordinator of PAN Asia Pacific.

Peasant movements in Asia marked March 29 as the Day of the Landless. The day pays tribute to the founding of the Asia Peasant Coalition (APC). About 15-million strong, the APC was established in 2003 by more than 20 organizations from 11 countries representing farmers, landless peasants, fishers, agricultural workers, Dalits, indigenous peoples, herders and pastoralists, and rural women and youth.

This year, the annual commemoration by peasant groups and advocates took cognizance of the upcoming Food Systems Summit (FSS) that United Nations (UN) Secretary General António Guterres is convening later in the year. The FSS is part of the so-called Decade of Action – a pledge by world leaders to accelerate efforts in order to achieve all the 17 Sustainable Development Goals (SDGs) by its 2030 deadline.

While the preparations and discussions for the FSS are in full swing, peasant movements in the region are wary of the event.

Peasant distrust
In a statement, the APC expressed concern that the FSS “will only end up in legitimizing and further advancing tighter imperialist control over food and agriculture.” The coalition pointed out that “there are no meaningful discussions or even space to address the structural issues underlying hunger and poverty such as the landlessness and lack of effective control over the means of production by farmers and other rural sectors that directly produce the world’s food”.

The distrust in the FSS by the Asian peasant groups rests on solid grounds. To a certain point, Agnes Kalibata, Guterres’s appointed Special Envoy to the FSS, is right when she argued in a recent opinion piece that “one of the most damaged aspects of our food system is trust in each other.” Indeed, how can the poor and marginalised farmers have faith in those behind the FSS, including Kalibata herself and her ties to big agribusiness interests, when they are the same forces that pushed hundreds of millions of farmers and rural peoples into famine and destitution?

For farmers in the region as in elsewhere, land ownership and effective control is the key to any radical transformation of the food systems and for attempts to achieve genuine sustainable development to really matter. Most of the world’s farmlands are heavily concentrated in big farms tied to the expansive production and supply networks of monopoly corporations. According to data, the largest 1% of farms operate more than 70% of farmlands globally, with land concentration significantly rising in Asia and the Pacific while picking up again after previous declines in Africa and Latin America.

Large-scale land grabs
One way that lands are being taken away from rural communities and concentrated in the hands of big corporations is through large-scale land acquisitions (LSLAs) both by foreign companies and local elites. LSLAs, as defined by the Land Matrix, refer to land deals covering 200 hectares or more and entail a transfer of rights to use, control or ownership of land through sale, lease or concession and imply the potential conversion of land from smallholder production, local community use or important ecosystem service provision to commercial use.

By sector or intention, renewable energy comprises the largest chunk (57%) of the Asian total in terms of area, with 27.51 million hectares, which include large dams for hydropower projects. Meanwhile, forest logging/management deals account for the second largest area in Asia with 1.85 million hectares covered by 21 deals. LSLAs for timber plantation ranked third with 1.54 million hectares.

On the other hand, mining operations comprise 1.04 million hectares under 89 deals. While foreign miners are involved in just 34 of these deals, they nonetheless comprise 83% (860,616 hectares) of the total area contained in mining LSLAs in Asia.

Land deals for unspecified agricultural activities also account for a significant area in Asia with almost 3.21 million hectares under 158 agreements. LSLAs covering multiple sectors comprise the largest share both in terms of number of deals and area with 404 deals covering 10.85 million hectares (more than 22% of the Asian total).

Landlessness, not in agenda
Alas, it appears that tackling the issue of landlessness and land grabbing is not in the agenda of the much-ballyhooed FSS. Nowhere in its so-called Action Tracks do discussions highlight critical trends such as on land concentration and reconcentration in the hands of big agribusiness firms and their network of local landlords and compradors, nor on the massive displacement of rural communities to give way to big private investments and large development projects. If anything, its heavy focus on finance and innovation – especially by FSS key movers (i.e., Big Ag as represented by Kalibata) – tends to undermine its proclaimed emphasis on human rights as among the supposed levers of change guiding the Action Tracks.

Action Track 4 (advance equitable livelihoods) represents the closest venue where the FSS could articulate the issue of and provide space for discussion on landlessness and land grabbing. In its discussion paper on the said track, the FSS organizers correctly recognized that “inequality and power imbalances are consistently constraining the ability of food systems to deliver poverty reduction and sustainable, equitable livelihoods”.

However, the enunciation and framing of the key issues related to equitable livelihoods seem to avoid the fundamental question of land and how powerful interests have been able to systematically wrest control from those who till and nurture it.

For instance, instead of looking at such power imbalances as one that is essentially defined by structural roots (i.e., tillers do not have land and lands are under the monopoly control of big corporations and local elites), the paper only identified issues such as lack of infrastructure, limited access to services, and limited skills knowledge as the objective barriers to equitable access to livelihoods. Access to productive resources like land is only acknowledged in the context of gender discrimination (i.e., women farmers have less access than men). This is true, to be sure, and underscores the double burden and oppression of rural women; but most farmers in general, men and women, are deprived of land due to corporate and elite monopoly control.

While pointing out that the denial of rights and entitlements as central to the problem of inequity in livelihoods within food systems, the discussion paper attributed it to harmful sociocultural norms and practices (e.g., women discrimination) and inadequate policy and poor governance (e.g., weak implementation of land laws). It glosses over the fact that sociocultural norms and weak governance are taken advantage of by land grabbers at the expense of the rights and entitlements of rural communities to concentrate ownership and/or effective control over lands.

Landgrabbers in the FSS
So why is the FSS ignoring the issue of landlessness and land grabbing? The answer is quite straightforward. Landgrabbers are effectively running the FSS.

The FSS, for all its stated noble goals of addressing hunger and poverty and contributing to sustainable development targets through food systems transformation, is in reality a major coordinated push to systematize and accelerate the further consolidation and expansion of corporate monopoly control over the world’s food and agriculture.

As noted in the APC statement, “the overall direction that the preparations and discussions by those leading the UN Summit are leading towards the greater use of harmful and contentious technology like genetic engineering and digital agriculture”. Further, monopoly capital and profits are promoted “through greater liberalization, privatization, and deregulation that will drive hundreds of millions of farmers and rural people into more landlessness, bankruptcy, and impoverishment”.

Many of the agricultural, environmental and social protection policy reforms being currently pushed in Asia like India’s Three Farm Laws and Indonesia’s Omnibus Law are consistent with the neoliberal agenda that monopoly corporations from the industrialized countries are advocating such as through the World Economic Forum’s (WEF) New Vision for Agriculture (NVA). This neoliberal agenda in agriculture has found its way in multilateral policy platforms like the FSS with the WEF’s strategic partnership with the UN.

The FSS echoes the vision of the NVA – that achieving the goals of food security and environmental sustainability “requires a transformation of the agriculture sector, leveraging market-based approaches through a coordinated effort by all stakeholders” (led, of course, by the corporations). Market-based approaches are part of the neoliberal dogma, emphasizing the central role of markets and the importance of capital in policy-making.

Among the corporate giants that partner with the WEF’s NVA are some of world’s biggest land and resource grabbers including via the use of complex network of investment firms such as the US-based Cargill (the undisputed largest agribusiness firm globally with revenues of more than USD 113 billion in 2020). Through its private equity firms Proterra and Black River that are dedicated to farmland buyouts, Cargill is able to consolidate more than USD 3 billion in farmland assets worldwide, according to a 2020 study by the non-profit group GRAIN. In addition, Cargill has also used its investment firms to buy up lands in Asia and circumvent restrictions on foreign ownership of land. In the Philippines’ Mindanao island, for instance, Cargill through Black River investment was able to control more than 1,400 hectares of banana, rice and oil palm plantations in partnership with a Filipino-Chinese comprador.

Another prominent partner of the WEF’s NVA is the World Bank’s private sector arm International Finance Corporation (IFC). The IFC is notorious for lending its development funds to commercial banks and private equity funds that are in turn financing projects across the world that cause the displacement of hundreds of thousands of rural and indigenous communities. A 2017 study carried out by the Inclusive Development International, for example, disclosed that in Africa, IFC bankrolled 11 projects that have transferred about 700,000 hectares of land to foreign investors.

Meanwhile, Bill Gates – the fourth richest man on earth with a net worth of about USD 127.5 billion (as of Mar 29, 2021) – is seen by many as the powerbroker of the global food system and wields tremendous influence in the FSS. Through his Bill and Melinda Gates Foundation, Gates has been funding numerous organizations involved in shaping the world’s food and agriculture programs and policies. One such group is the Alliance for a Green Revolution in Africa (AGRA) where Kalibata, the FSS special envoy, is president. Gates has various interests in the food systems, including investments in digitalization of agriculture, promotion of genetic engineering, etc. But it appears that Gates is now also directly controlling farmlands through various investment vehicles. According to a recent report, Gates has quietly consolidated almost 98,000 hectares of farmlands in the US, making the man who initially built his fortune in digital technology America’s largest farmland owner.

For a people’s food systems summit
For the obvious domination of big corporate interests in the FSS, many civil society groups are shunning the UN event. For the Asian peasant movements, drawing the line at this point is crucial as there are real dangers that the FSS and the agribusiness agenda behind it would end up legitimizing and further promoting the massive displacement of countless farmers, indigenous peoples and other marginalized rural sectors from their lands.

Indeed, there is a need, as the APC puts it, for the farmers “to organize and mobilize for our own people’s summit together with other marginalized and oppressed sectors that suffer the gravest hunger and poverty because of imperialist control and domination over the world’s food and agriculture.”

As the official food systems summit draws near, there is an urgent need for all advocates of people’s rights to land and resources, for food sovereignty and agroecology, and for development that is truly sustainable, pro-people and pro-planet to “create our own spaces and assert our own voice in how a radical transformation of food and agricultural systems can and should take place.”

The article has previously been published at the blog of PAN Asia Pacific. 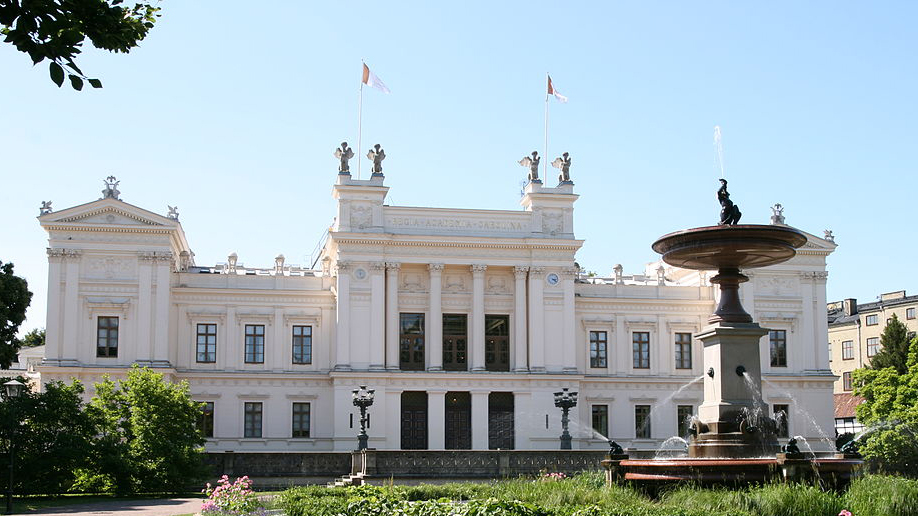