In developing countries, and the sub-Saharan region especially, the scale of unmet basic needs is enormous. It is estimated that 3 billion people in the developing world subsist on less than US$2 a day per person. Revenues from taxation are fundamental to changing this dire situation but tax dodging by transnational companies hampers the social and economic development of poorer states, writes Jia Liu and Olatunde Julius Otusanya.

The opinions expressed in this article are those by the authors.

About 2.37 billion people are without food or unable to eat a balanced diet on a regular basis. The prevalence of undernourishment is highest in sub-Saharan Africa: 24.1%. Out of the almost 60 million children not in school, 33.8 million are in this region.

But in both developed and developing countries, tax revenues are being undermined by the ability of some of the wealthiest taxpayers – including many transnational companies – to effectively opt out of the corporate tax system. They do this through a combination of ingenious (and lawful) tax haven transactions, and huge tax concessions awarded by governments.

These practices have received plenty of attention from scholars. Broader accounts of their impact on developing countries are relatively scarce, though. In a recently published paper we therefore aimed to investigate the effect of tax dodging on development in Africa, with a focus on Nigeria and Zambia.

We advocate radical reform. This should close the gaps that allow tax evasion and avoidance by transnational corporations. It calls for legislation and stronger institutional structures.

Forms of tax dodging
Tax dodging is used to describe all of the ways – tax avoidance, tax evasion, corruption and offshore accounts – that companies and rich individuals employ to reduce their tax bills. They lobby governments for tax breaks and lower corporate tax rates, exploit obscure loopholes in tax laws or shift profits into tax havens.

Globalisation has created new transnational spaces where economic actions take place without much regulation, taxation or surveillance. Behind a wall of secrecy, corporations can devise complex schemes to boost their profits. The activity of offshore companies and tax havens is therefore central to the antisocial tax practices of corporations and elites.

African countries, rich in resources, easily fall prey to aggressive tax planning and tax evasion enabled by offshore companies. As the UN Conference on Trade and Development reported in 2020, high volumes of intra-company trading, the secrecy cloaking foreign investment activities, and loopholes in treaties leave countries in Africa vulnerable to tax avoidance. Governments in sub-Saharan Africa lack the human, financial, and technical resources to stem this outflow of wealth.

Zambia, a country rich in natural resources, gains scant rewards from the foreign companies that extract its mineral wealth. For example, in 2011, five companies producing copper worth US$4.28 billion paid only US$310 million to the government in taxes. This represented 11% and 19% of production for 2010 and 2011 respectively. In fact, only one or two mining companies declared positive earnings. Others reported losses of questionable validity, according to the UK-based non-governmental organisation War on Want and the Zambia Extractive Industries Transparency Initiative.

Consequently, the country loses about US$3 billion a year in tax revenues, a sum equivalent to an eighth (12.5%) of its current annual GDP.

War on Want has accused Vedanta, a copper producer operating in Zambia, of dodging taxes through transfer mispricing. This is when related companies or divisions trade with each other at prices that aren’t market related, to avoid being liable for tax. Vedanta has 29 subsidiaries operating in the “secrecy jurisdictions” of Mauritius, the Netherlands, the British Virgin Islands and Jersey. Zambia’s tax regime allows the company to pay less tax when it spends money on physical assets or makes losses. It paid only US$11,111 against profits of US$221 million in 2011-2012.

Likewise, Associated British Foods was accused in 2015 of paying no tax in Zambia, even though its local affiliate, Zambia Sugar, made profits of US$123 million. This, according to War on Want’s report, cost Zambian public services US$27 million — enough to put 48,000 children into school. The revenue lost to tax havens was 10 times greater than the amount given each year to Zambia by the UK in educational subsidies.

Nigeria provides another example. The Shell Group, through its affiliate, Shell Petroleum Development Company of Nigeria, had a special sharing arrangement with another affiliate, Shell Petroleum International Mattschappij BV (SPIM). Services and expenditure were charged to the group so that it made no profit over eight years, between 1992 and 1993. This cost Shell £20.09 million (US$44.75 million) in tax revenues. This is published in the Nigerian Revenue Law Report, 1998-1999 Shell Petroleum International Mattschappij B. V. v Federal Board of Inland Revenue, appeal no. FHC/L/CS/1A 96, Volume 1. This is not unusual; it is one of many cases.

As our investigation reveals, however, opening economies to the outside world can have the opposite effect of that intended. Rather than attracting the lucrative inward investment so desperately needed, countries in sub-Saharan Africa have opened their economies to self-interested multinational corporations.

Globally, between 50 and 60 tax havens give sanctuary to more than 2 million companies, including thousands of banks and investment funds. Of the Fortune 500 companies, nearly three-quarters have subsidiaries in offshore tax havens.

As long as small, independent nations gain financial benefit from declaring themselves tax havens, poor nations will be exploited.

There is an urgent need to clamp down on tax practices that drain countries with impoverished economies, and to give poor countries a real voice in tax negotiations.

It seems probable that if the loopholes in the tax laws are not closed, then the rule of law and the effective administration of tax will not be strengthened in Africa. Consequently, the continent may continue to lose billions of dollars to the activities of transnational corporations and their affiliates. 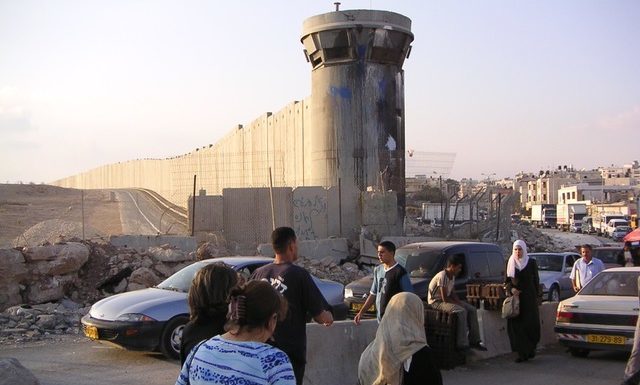