The award for the best performance during the first round of the French election goes to the left-wing candidate Jean-Luc Mélenchon who hauled himself past Pécresse and Zemmour to 21.95%. This is a remarkable achievement, suggesting the French left is not dead. The big question now is whether his voters will turn out to vote for Macron writes Paul Smith at the University of Nottingham.

After the first round of the 2017 presidential election in France, economist Thomas Piketty suggested that while there were four candidates on very close scores at the head of the field (Emmanuel Macron, Marine Le Pen, François Fillon and Jean-Luc Mélenchon), in reality France was divided into three political camps: a socialist and more-or-less eurosceptic left, a pro-European and liberal centre and right, and a nationalist far right. The results of the first round for this year’s presidential election suggest he was right.

Despite a poor campaign, centrist president Macron has emerged in first place, with 27.8% of the vote – three points up on 2017 and better than final opinion polls predicted.

Macron hoped that a late entry into the official campaign, leaving six weeks of playing the president-candidate, would allow him to use his management of the pandemic as a platform and focus on the electorate’s key concerns – the cost of living and pensions reform. The Ukrainian war got in the way, with Macron focusing too much on being president and not enough on being the candidate. A brief burst of rallying round the flag saw him surge past 30% before dropping back to a predicted score around 26%. Every vote above that on Sunday will have been seen as a bonus.

Less is more
By contrast, the general view is that Le Pen ran a good campaign – not the best, but good – by focusing less on the far-right aspects of her programme and instead posing as the candidate speaking for the economically hard pressed, struggling to make ends meet. This also meant, paradoxically, making less of an effort to look like a president in waiting and putting her pro-Putin past (and present?) to one side by simply refusing to address it. Local and low-key were the watch words and they have worked, lifting her from 21% in 2017 to 23.15% now. But the score is nevertheless a disappointment.

Le Pen’s cause has benefited enormously from the presence of the other far-right candidate, Eric Zemmour. His outspoken campaign helped her seem more moderate even though she isn’t. But Zemmour’s low score of barely 7% suggests that Le Pen might not pick up as many votes from his departure from the race as she might have hoped. Even throwing in the 2% of the vote garnered by Nicolas Dupont-Aignan (another far-right candidate) and part of the vote for the mainstream right’s Valérie Pécresse suggests Le Pen will come up short again in the second round.

The death of the French right?
Pécresse’s tailspin has been a key subplot of the election. When she won the nomination for the mainstream right-wing Les Républicains last December, she was touted as a significant threat to Macron, but her campaign tanked. In the end, she sunk as low as to drop below the 5% vote threshold at which candidates get half their election expenses reimbursed by the state. On reflection, that Pécresse came away with just 4.8% isn’t so much of a surprise. Les Républicains is still a party full of heavyweights who are still household names, but most are throwbacks to the Nicolas Sarkozy years and votes these days are routinely lost to the parties led by Macron and Le Pen in both local and national elections.

The votes still in play
The award for the best performance goes to Jean-Luc Mélenchon, the left-wing La France Insoumise candidate who hauled himself past Pécresse and Zemmour to 21.95% (19.9% in 2017), despite hovering around 12-14% for much of the campaign. There was even a point late on Sunday evening when he very nearly closed the gap with Le Pen.

This is a remarkable achievement, suggesting the French left is not dead. Mélenchon remains divisive, but while he is not naturally a man to bring together the various factions of the left under his leadership, he has rallied their voters. The big question now is whether his voters will turn out to vote for Macron. Other left-wing candidate Anne Hidalgo and the Green party’s Yannick Jadot have asked theirs to do so but Mélenchon has not followed suit. As in 2017, Mélenchon has not declared himself for Macron, but instead flipped the question around. “Not a single vote for her” is the line.

This is why everything is still in play for the second round. The old certainty of republican discipline to block the far right seems less sure. Many left-wing voters find Macron unpalatable at best. Turnout therefore becomes a key pressure point in the two weeks ahead. There may not be a concern that many left-wing votes would go to Le Pen but Mélenchon’s position means that Macron will have to give those voters a reason to turn out for him rather than stay at home.

By the same token, however, Mélenchon has little to gain, even in the general election that follows in June, from being the man who made Le Pen president. The stakes could scarcely be higher.

On to the second round
Now Macron and Le Pen will face off in the second round on April 24. Le Pen’s team has planned a very different itinerary to 2017. Less frenetic, fewer personal appearances, a period of rest before the head-to-head election with Macron.

The president’s handlers, meanwhile, will be hoping that without the noise of the first-round campaign, he can make his programme audible and intelligible, while reining in his alarming tendency to put his foot in his mouth. The margins are too tight for Macron to go, in his vocabulary, pissing anyone else off. 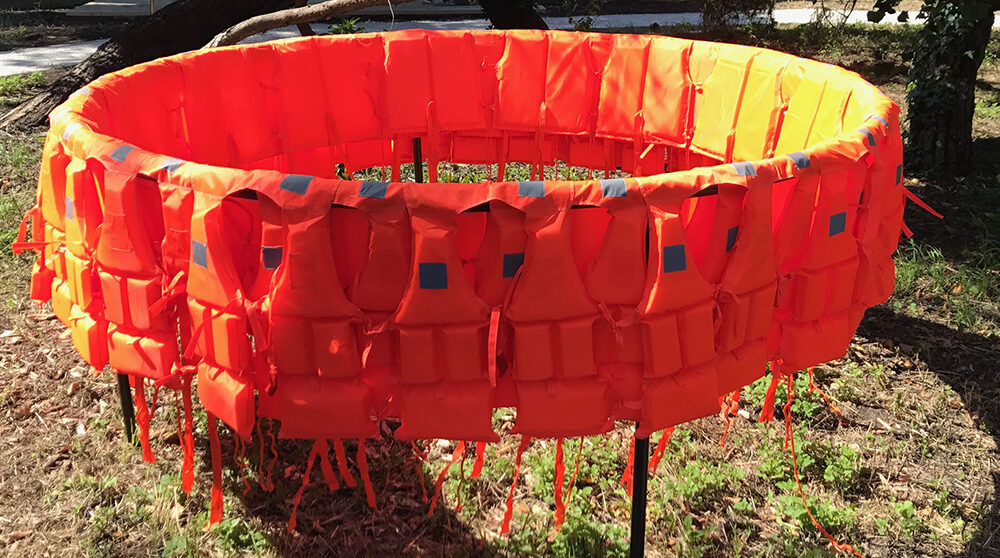 Migration: How religion helped migrants during the crossing