ANALYSIS. During the Cultural Revolution, hundreds of thousands of Uyghurs were massacred by the Chinese regime. In 1991, Uyghurs once again pushed to strive for their identity. By early 2016, hundreds of so-called ”re-education” concentration camps were built across East Turkistan and in 2021, the United States was the first country to declare the atrocities in East Turkistan as genocide, writes Elyas Arkin, Chairman of the Swedish Uyghur association.

With the fall of the Manchu Qing Dynasty in 1911, much of East Turkistan was controlled by former Qing officials who governed the region independently. Independent Uyghur / Turkic rulers ruled some parts. By the 1920s, nationalism began to take shape, with political movements being established, increasing the desire and pushing for independence again.

Although the second East Turkistan Republic was much more organized and powerful, it became the victim of secret negotiations between China and the Soviet Union. It was ultimately betrayed at the Yalta Conference of 1945. In August 1949, the senior leaders of the ETR, including the President, Defense Minister, and Interior Minister, were executed on the orders of Stalin for refusing to sign away the independence of the nation; it was publicly announced in December 1949 that they died in a plane crash.

By September 1949, Stalin would be airlifting Mao’s troops into East Turkistan and dismantling the ETR, leaving the people under Chinese Communist occupation. The ETR was officially dismantled on November 22, 1949, ending independence and officially making East Turkistan a Chinese colony, leading to the subjugation of the Uyghur people that continues to this day. Keep in mind that post annexation statistics reflect that the Chinese made up only 4% of the East Turkistan population.

The Current Situation of The Uyghurs
Although Mao Zedong had initially promised the Uyghurs the right to self-determination and a choice for independence or federated republic status (like that of the Soviet Union), he went back on his promises and established the so-called Xinjiang Uyghur Autonomous Region (New Colony Uyghur Autonomous Region) in 1955. Nevertheless, the Chinese government would launch policies to settle millions of Han Chinese to ”modernize and develop” East Turkistan, significantly changing the demography. Furthermore, in 1958 Mao launched the large-scale collectivization program, which forced the Uyghurs to abandon their indigenous customs and traditions, forcing them to learn Chinese and embrace Chinese culture.

During the Cultural Revolution, hundreds of thousands of Uyghurs were massacred by the Chinese regime for being ”pan Turkic, counter-revolutionary and nationalists”. During this period, the Chinese regime began to rewrite the history of the Uyghurs and East Turkistan, distorting the realities and claiming that ”Xinjiang (East Turkistan) has always been a part of China since ancient times, and the Uyghurs are part of the larger Chinese family”. Millions of Uyghurs would be killed by various means, including some 750,000 who died due to 46 nuclear tests in East Turkistan. Nevertheless, Uyghurs continued to resist Chinese domination over the decades, with numerous uprisings and demonstrations.

Following the birth control policy in East Turkistan, Uyghur launched an armed uprising on April 5, 1990, which was brutally crushed. With the independence of their Central Asian brethren in 1991, Uyghurs once again pushed to strive for theirs, and many protests erupted in East Turkistan during the 90s. Due to increased trade relations with the international community, China began to assert its economic dominance into Central Asia and across the globe to crush any sign of East Turkistan political activity. Taking advantage of 9/11, China launched its own ’War on Terror’ to crush any forms of Uyghur dissent. Ultimately, China used the pretext of ”combatting terrorism and extremism” to ban the teaching of the Uyghur language and restrict religious and cultural practices while making way for the influx of Han Chinese settlers.

In 2009 demonstrations erupted in Urumchi seeking justice for Uyghurs killed in a Toy factory in Shaoguan. Guangdong, China. The protest was peaceful, and eventually, the protesters were massacred by the Chinese forces. Over the years, China intensified its repressive policies on the Uyghurs across East Turkistan to protest China’s colonial policies. The protests were brutally crushed, hundreds if not thousands of Uyghurs were killed, and tens of thousands more were detained as the international community stood in silence.

In 2014, China launched the so-called ”Strike Hard Campaign against Violent Terrorism”, which began the extensive securitization of the region. China claimed it was fighting a war against the ”Three Evils” of separatism, extremism, and terrorism to justify its brutal policies of colonization and genocide in East Turkistan. Rather than targeting individuals, China began to openly target the entire Uyghur population labeling them as ”terrorists” and ”separatists”.

By early 2016, hundreds of so-called ”re-education” concentration camps were built across East Turkistan. This time the targets were not only Uyghurs, but the Chinese regime also directed its colonialism policies to Kazakhs, Kirghiz, Uzbek, Tatar, and even Mongolians in East Turkistan. It was not until the summer of 2018 that the international community began to notice.

In July 2019, U.S. Secretary of State Mike Pompeo called China’s treatment of the Uyghurs ”the stain of the century”. China initially denied the camps’ existence but later acknowledged the existence of ”voluntary vocational training centers”.

Numerous reports stated that Uyghurs and other Turkic detainees, including Kazakhs, Kyrgyz, Uzbeks, Tatars, and Mongols, were subjected to political and cultural indoctrination, forced medication, forced sterilization, rape, organ harvesting, and death. Radio Free Asia reported in October 2019 that at least 150 detainees died in one internment camp over the course of six months. Outside the camps, Uyghurs and other Turkic people are subject to 24/7 surveillance using artificial intelligence and even have Han Chinese minders living and sleeping with them in their homes as ”relatives”. Hundreds of thousands of children have been forcibly separated from their families, and the Chinese government collected over 36 million peoples’ DNA and biometric data.

China’s 2019 National Defense Strategy made it a strategic goal to ”prevent the creation of East Turkistan”. Internal Chinese government documents leaked by the New York Times showed that China’s leaders have ordered that ”no mercy” be shown to the Uyghurs. All of this has led the overwhelming majority of Uyghurs and other East Turkistanians in the diaspora to call for ”Independence for East Turkistan”, seeing it as the only solution to ensure their survival. Despite having vowed ”Never Again” following the Holocaust, the international community continues to watch silently as China engages in colonialism and genocide in the 21st century.

Some Advancement in Acknowledging the Current Atrocities
In 2021, the United States was the first country to declare the atrocities in East Turkistan as genocide. Later, legislatures in five other countries followed, such as Canada, Netherlands, U.K., Lithuania, and France. Several more western countries have openly termed the Chinese regime’s colonial policies in East Turkistan as severe human rights abuses or crimes against humanity.

U.S. Bills
The Uyghur Human Rights Policy Act of 2020, also known as an act, to condemn gross human rights violations of ethnic Turkic Muslims in Xinjiang, calls for an end to arbitrary detention, torture, and harassment of these communities inside-outside China. (June 17, 2020)

International Bills
Magnitsky Act: This bill applies globally authorizes the governments to sanction those it sees as human rights offenders, freeze their assets, and ban them from entering where the act is valid. 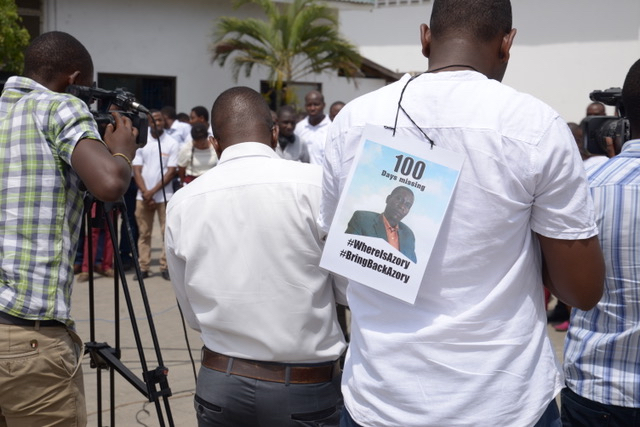