OPINION. 81 year old Virgin Istibian was put on a chartered plane to Armenia – a country she has no connection to while her children and grandchildren are left in Sweden. The Swedish Aliens Act states that there are exceptional grounds during which persons may  be allowed to stay in Sweden. If it does not apply to single 81-year-old women, when does it apply? writes Nuri Kino.

The views expressed in the article are the author’s own and do not represent Global Bar Magazine.

One morning in early December in Trollhättan, an hour’s drive from Sweden’s second largest city Gothenburg, three civilian police officers pounded on Virgin Istiban’s door. The 81-year old woman whose real name is Vergine (but was changed to Virgin on her identification documents when she arrived in Sweden years ago), was still half asleep and did not answer. They then entered with their own key.

Virgin’s son Vahe, who was in the apartment, was ordered to prove his right to be in Sweden. Vahe replied that he’s a Swedish citizen, that he has been in Sweden for over 30 years. They asked him to translate, so that his 81year-old mother, who doesn’t speak Swedish would understand that she had to go with them to the police station. He followed in his own car, but was denied the opportunity to see her. After a few hours of interrogation, she was taken to the Kållered detention center, approximately two hours away. From there she called her son, shaken and scared.

She was held in Kållered for seven days. Then she was taken to the detention center in Stockholm where she was held for four days.

Her family was told that she had to leave Sweden, and that her flight was departing on December 16. At 4:00 am on December 14, she was forced onto a plane. The family had been tricked. They couldn’t give her the personal effects she needed. The plane was chartered just for her. On board were three officials/police officers. They flew with her to Armenia, with a stopover in Germany.

Vahe asks why the Aliens Act didn’t apply to his 81- year old mother. ”The Swedish Aliens Act states that if you are an especially deserving case, you will be allowed to remain in Sweden. If this doesn’t apply to a widowed 81- year old woman to whom does it apply?”

In the police authority’s deportation order dated December 2, 2021, it says that Virgin’s permanent residence permit was revoked when the authorities learned that in addition to her Syrian passport, Virgin has an Armenian one. When she didn’t freely cooperate in her deportation to Armenia, they requested police assistance. Sweden couldn’t send her to Syria where there is a war.

She had fled her native Syria years ago, literally stepping over the corpses of her neighbors who had been massacred by Isis.

She went to Lebanon and applied to come to Sweden. Her two sons had lived in Sweden for decades, but her application was denied. She then flew to Armenia. She applied for, and received an Armenian passport. Smugglers got her a Schengen visa. With that she could make her way to Sweden by way of Slovenia and Germany. In Sweden she showed her Syrian passport, not her Armenian. Like most asylum seekers who had made their way to Sweden, she had used the services of human smugglers and had taken their advice to do this. She applied for asylum on December 2, 2013.

In the Migration Court’s verdict (December 14, 2021), it is stated that Virgin held a permanent residence permit in Sweden from January 5, 2014, to November 30, 2018, when it was revoked by the Migration Agency. They took the view that she, as an Armenian citizen didn’t have the right to stay in Sweden. Residence permits may be revoked if ”a foreigner has wilfully given false information”.

But there is a clause in the law which they had overlooked. If you have held a permit for over four years, the reason to revoke it must be very strong. Special consideration must be given to the foreigner’s living conditions and connection to children residing in Sweden.

On New Year’s Eve, I went with some local colleagues to meet the 81-year-old Virgin in a suburb of the Armenian capital Yerevan. She shares a two-room apartment with three relatives, two women and one man, who had also fled persecution in Syria.

Warmed by only one infrared heater, the apartment is as cold inside as it is outdoors. The rooms are ten square meters/108 square feet each. One of them reeks of mold and, is filled with dry goods, toilet paper, clothes, suitcases and bedding, and the man sleeps here. Virgin sleeps in the other room together with two women. Virgin’s bed is the wooden bench we’re sitting on. Virgin can’t understand why the Swedish police were so brutal.

”They tore off my blanket, didn’t even allow me to dress properly before they took me to the police station. When they woke me up, I was drowsy, I hadn’t fallen asleep until five in the morning and had taken sleeping pills. Everything was hazy. But they didn’t want to listen, so I had to collect myself.”

Virgin’s parents had survived the genocide of Christians by the Ottoman Empire in present day Turkey. They had fled to Syria and started a family. Virgin was born and lived there until she was forced to flee. ISIS and al-Qaida, and other terrorist groups wanted to cleanse Syria of Christians. Reluctantly she did what her children told her, and fled to Lebanon and from there to Armenia. Armenia issued passports for all Syrian-Armenians including those still in Syria, in an effort to save lives.

Virgin applied for asylum in Sweden and was granted permanent residence.

“Finally I could breathe a sigh of relief. This was in February 2013 and after all, my life had begun all over again“, she says smiling hesitantly.

Virgin made friends and built a social circle in Sweden, but grew increasingly ill. Despite suffering from arthritis, high blood pressure and cardiac problems, she was happy and content. She didn’t have to live in a was torn country or fear being killed for her faith.

But suddenly, this new life she had dreamed of, came to an abrupt end.

The Migration Agency contacted her. They told her they had obtained information that she had an Armenian passport, and so, couldn’t stay in Sweden. She was dumbfounded. And sank into a depression. She told the Migration Agency that she has no connection to Armenia and didn’t want to be sent there. Two years later her deportation was enforced.

”After eight years in Sweden I was thrown out. I was treated like a criminal. They chartered an airplane to deport me, alone. First they held me in custody, in a prison, an 81 year old woman, for almost two weeks.” She falls silent for a long time, begins to shudder again and weeps. ”Yesterday it was final. They emptied my apartment. First I lost my home and everything I had in Syria, and yesterday, the day before New Year’s Eve, the authorities emptied my Swedish home. I have no connection to Armenia. I am a sick old woman who’s been left without help. I fled a war and was sent back to another war. Please let me come back.”

We asked Umar Yakhyaev, Senior Protection Officer at the UN Refugee Agency in Armenia about Virgin Istiban’s case. He replied that it is of great interest. They contacted her and scheduled a meeting.

For over a month I have carefully scrutinized the complex world of numbers on deportations and enforcement of the Swedish Migration Agency.

A senior official at the Migration Agency, terrified of being exposed, says that they deport everyone they can in order to fudge the numbers. That political parties and executives in charge apply pressure to make the statistics look good for their own agenda.

Virgin Istiban is no number. Hello Migration Agency: You see to it that she can come home to her children and grandchildren.

Facts about Swedish deportations
Last year the number of deportees according to the Swedish Prison and Probation Service was 1 222. These are persons for whom the agency has provided tickets. They have returned home by themselves. Note that this is a preliminary number, as the final number has not yet been tallied.

Then there are those who for whom they charted airplanes, Two hundred and fourteen (214) persons who were deported by the Migration Agency because they didn’t have the right to residence. (Virgin Istiban is one of them). One hundred and thirty two (132) persons deported by the Prison and Probation Service, most of them convicted for crimes and condemned to deportation.

According to the Migration Agency 20 persons were deported to Armenia, sixteen Armenians, three Syrians and one with unknown citizenship. According to the agency Virgin Istiban belongs to the Armenian category, one of twenty. Three of them in chartered airplanes with only one passenger. Virgin Istiban was one of these three.

From the police: 2 756 cases where the Migration Agency had decided on deportation, but for various reasons were handed over to the police (the deportee had absconded and is wanted, has stated that he or she is unwilling to leave the country freely, has threatened violence or committed an act of violence, or is documented dangerous). Virgin Istiban also belongs to this group.

Especially deserving case
In the first paragraph of Aliens Act, chapter 5, section 6, it is made clear that if a residence permit cannot be granted on other grounds, such a permit can be granted to a foreigner if an overall assessment of the situation of the foreigner merits special consideration. In that case, the foreigner can be allowed to stay in Sweden.

Last year (2021), 242 persons were granted residence by the Migration Agency because they were especially deserving cases. Virgin Istiban wasn’t one of them.

The migration courts lack the necessary tools to look for verdicts where the especially deserving clause has been used. No one in the agencies can provide an answer to how many times it has been used to overturn a deportation order. But according to the Migration Agency 168 persons were granted residence on those grounds after a verdict.

In total 12 000 persons were granted asylum in Sweden in the same year.

The war between Azerbaijan and Armenia/Ngarno-Karabakh
In the fall of 2020 up to 100 000 ethnic Armenians were forced to flee, and several thousand soldiers were killed on each side of the conflict, Azerbaijanis and Armenians. After six weeks of deadly clashes, Armenia and Azerbaijan signed a ceasefire treaty negotiated by Russia. As late as January 12 this year it was broken. Three Armenian and two Azerbaijani soldiers are reported to have been killed in the clashes.

*The above article was published in Swedish in the newspaper Expressen’s Op-Ed section. 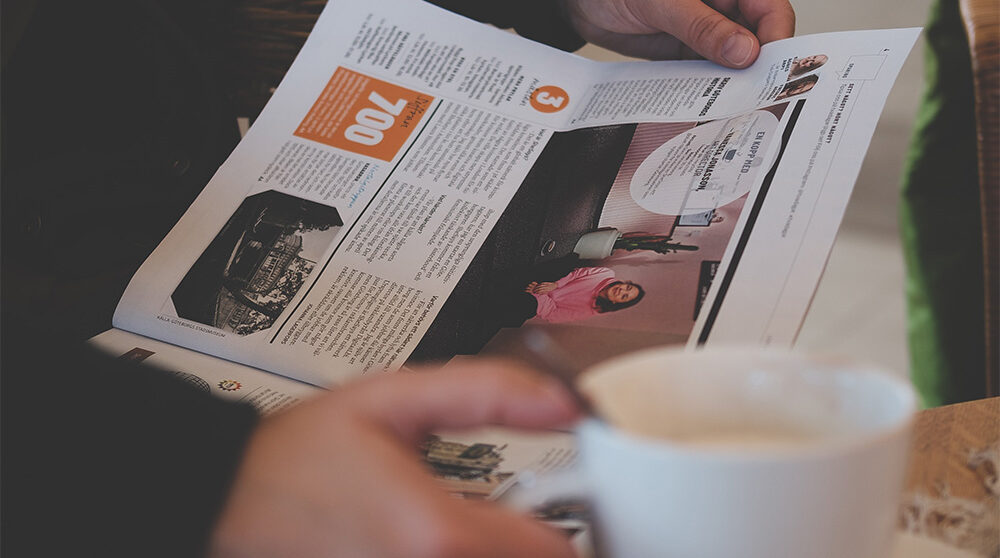