The outcome of the global climate change conference, COP26, and the world’s willingness to take the tough decisions necessary to contain global warming, will have bigger consequences for Africa than for most other continents. It is in Africa that the impact is already most destabilising, writes Nicholas Westcott, Centre for International Studies and Diplomacy at University of London.

And yet the continent’s 54 countries will struggle to make themselves heard. The critical negotiations will, as usual, be between the big economies; the US, EU, China, India.

A recent conference jointly hosted by the Royal African Society, International Crisis Group and Africa Confidential on Climate, Conflict and Demography in Africa sought to give African countries a louder voice. It identified five key messages for African governments, some for them to take to COP26, others for them to take home and act on themselves. Each needs attention if African governments are to be able to mitigate, adapt to and manage climate change in the coming critical decade.

Measure change
African countries need to measure the scale of environmental change better, to understand what is happening. The continent is already on the front line of the impact of climate change, despite having contributed almost nothing to the problem.

Increasingly erratic patterns of rainfall have caused both droughts and floods across southern Africa, devastating tropical storms including Cyclone Idai hit Mozambique in 2019, while locust swarms caused desperate food shortages in the Horn of Africa.

Combined with rapid population growth in many African countries, pressure on both natural and human resources has steadily increased. Shortages of farmable land, intensifying urbanisation and growing competition between farmer and herder communities all put strain on traditional mechanisms for managing local conflicts.

These strains need to be measured, so African communities can prepare better to manage the changes. Countries with existing expertise must help.

Put pressure on emitters
African governments’ top priority at COP26 must be to pressure the big emitters of carbon to take faster action to slow and stop climate change. The US, Europe, China and India need to speed up their transition out of fossil fuels. If Africans focus simply on getting more money, they will still have to pay for climate change in terms of the consequences.

The stresses that climate change brings can very quickly worsen existing social, economic and political tensions and turn them into violent conflict. There is evidence that this is already happening around Lake Chad, in the Sahel and in the Horn of Africa.

Money matters
Of the US$100 billion per year pledge, confirmed in Paris, only a fraction has been delivered. Few African governments have the financial or administrative resources to undertake the scale of mitigation and adaptation action necessary to manage the pressures created by climate change.

This lack of resources and capacity also explains why Africa attracts a disproportionately small percentage of available climate finance, only around 3%. With too few credible or eligible projects to attract investors, they tend to put the money elsewhere. So multilateral agencies and foreign governments must help too.

Coordinate efforts
African governments themselves must take a whole-of-government approach to tackling climate change. Too many leave it to the environment ministry and fail to mobilise all departments -– finance, defence, transport, energy, industry -– to take the necessary actions. A lack of resources does not absolve them from policy incoherence.

It is domestic political pressure on national governments more than international obligations or summits that will decide how far countries are willing to go to reduce greenhouse gas emissions.

Public pressure on climate issues themselves is often weak in Africa, but the practical consequences –- the increased conflict, the political discontent –- speak louder than words. Governments would be wise to listen and start making changes.

Target investment
The money itself needs to be invested in the right things: a fair energy transition, education to develop the skills needed for climate response, and action to sustain biodiversity, forests and the natural environment by making it economically viable for the people who live there.

African countries certainly need to invest wherever they can in renewable energy. But that alone will not solve the “energy starvation” that is inhibiting development and worsening poverty and conflict on the continent, as Nigerian Vice-President Yemi Osinbajo argued at our conference. Developed countries, including China, can better afford to transition more swiftly to cleaner power and need to support Africa’s own efforts to do the same.

What happens in Africa rightly concerns the whole world. The conference in Glasgow will provide an invaluable platform for African countries. What they say as equal members of the global community should be listened to. Real action is more urgent for African countries that those that can better cope with the environmental stresses and political strains that climate change causes. If people can no longer find a living in their own countries, they will have little choice but to move elsewhere, or be pushed into conflict that will risk spreading to neighbouring regions. So it is in everyone’s interests to support African countries in addressing its climate challenges. 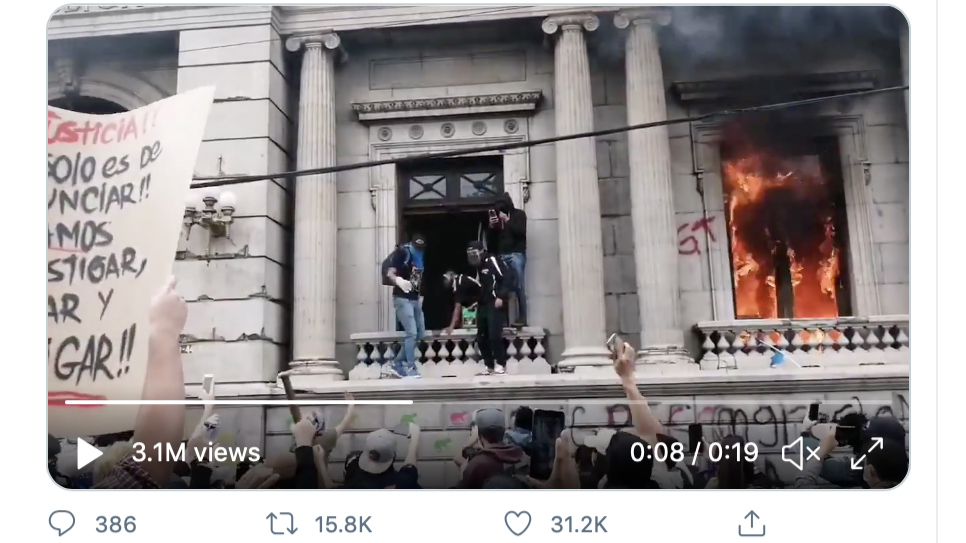