OPINION. It is difficult to understand how Sweden on the one hand give support to agriculture and smallholders in developing countries and with the other votes against the UN Declaration on ”Respect for the Rights of Peasants and other people working in rural areas” of December 2018 (UNDROP). This will definitely have a negative effect on Sweden’s role in the upcoming UN Global Food Systems Summit, writes Kjell Havnevik, professor emeritus at the University of Agder in Norway.

Respect for and protection of the rights of smallholders/peasants and rural people are fundamental for eradication of poverty globally – SGD2. This clearly emerged in a joint statement by UN Human Rights Experts on the first anniversary of the UN Declaration of the Rights of Peasants and Other People Working in the Rural Areas (UNDROP) of December 17 2019 (United Nations Human Rights – Office of the High Commission 2019):

The Implementation of the UNDROP represents a unique and precedent-setting opportunity to redress various forms of discrimination, systematic violations and historic disadvantage that have affected peasants and other people working in the rural areas along decades. They represent 80 per cent of the world´s hungry, 70 per cent of those living in extreme poverty and produce 80 per cent of the world´s food supply, as stated by the Committee on World Food Security. The UNDROP is a call for justice based on the culmination of grievances and struggles of the world´s peasantries.

The UNDROP provides that UN specialised agencies, funds and programmes (such as WFP, FAO, IFAD and others, my comment), and other intergovernmental organisations, including international and regional financial organisations shall contribute to the full realization of the UNDROP.

The UNDROP was adopted by the UN General Assembly´s 73rd session in December 2018 (UNDROP 2018). The negotiations around the Declaration started in 2008 and were triggered by a Declaration of Rights of Peasants – women and men – launched by the global smallholder organisation – Via Campesina – and other civil society organisations. The Declaration was presented to the UN´s Human Rights Council and after long periods of negotiations it emerged as the final UNDROP Declaration text (Golay 2015). Peasants rights in the text are based on the farmers´ rights recognised among other in FAO´s Plant Treaty and the Convention on Biological Diversity. In Art. 3.2 the UNDROP states that; “Peasants and people working in the rural areas have the right to determine and develop priorities and strategies to exercise their right to development”.

Before the vote and adoption of the UNDROP, the representative of Switzerland (one of the few developed countries that voted favourably) stated that the Declaration; “seeks to summarize the rights of peasants in a single document in order to better raise awareness about the situation. It is a very important political signal”.

Of the Nordic countries Sweden, however, did not recognize the signal and voted against the Declaration alongside the following seven other; Israel, Hungary, the UK, the USA, Guatemala, New Zealand and Australia. Norway, Denmark and Finland abstained in the voting process alongside France, Ethiopia, Germany, Brazil and other countries (in total 54 countries abstained).

In explaining its vote, the Swedish representative stated the following (NOrdbruk 2019),

It is Sweden´s strong belief that the existing human rights framework adequately protect those this declaration aims to reach. In our opinion, the challenge we are facing is in the implementation, not normative. More importantly, the declaration attempts to create new collective human rights and norms, such as the rights to seeds and food sovereignty, for which the link to human rights still need to be clarified. Also by recognising them only for peasants and other people living in the rural areas, legal uncertainty is created. Additionally, even for some existing rights, the declaration goes longer than before, and would benefit from further consideration to avoid contradictions with the existing human rights framework. Lastly, we note that some elements in the declaration are inconsistent with legally binding multilateral agreements and national law.

After this explanatory round, the Swedish representative concluded;

Mr. Chair, Sweden did not vote against because we don´t recognize the challenges faced by many persons living and working in the rural areas. On the contrary, Sweden remains committed to continue promoting and protecting the human rights of all persons without distinction of any kind, including those living in the rural areas. However, we believe more work is needed to address the concern we have raised above, and therefore we voted against the resolution today. Thank you.

Sweden must make a choice
The Swedish small farmer organisation, NOrdbruk, affiliated to Via Campesina, Europe one article by FIAN (2019) and a debate article signed by Afrikagrupperna, FIAN Sverige, Jordens Vänner, Latinamerikagrupperna, Naturskyddsföreningen, the farmers Sara May Kahl, and Adam Arnesson and the (currently) researcher Kajsa Johansson, were among the few voices protesting the Swedish government´s surprising rejection of UNDROP (Omvärlden 2018).

The Swedish government´s “strong belief” that the existing human rights framework is adequately protecting those that the UNDROP aims to reach, reveals lack of awareness of the realities on the ground in the rural areas across developing – including some developed countries. The support for the adoption of UNDROP by 121 countries in the UN General Assembly provides ample evidence to the need for stronger protection for the rights of peasants and people working in the rural areas – than what existing human rights instruments could offer in 2018.

It is difficult to understand how the Swedish state and its institutions on the one hand give support to agriculture and smallholders in developing countries and with the other votes against the UN Declaration on ”Respect for the Rights of Peasants and other people working in rural areas” of December 2018 (UNDROP).

The two pronged strategy that Sweden is following in this area is easily observed by developing countries and it makes their respect for Sweden weaker in general but also in relation to its initiatives promoted for the upcoming UN Global Food Systems Summit in September this year. 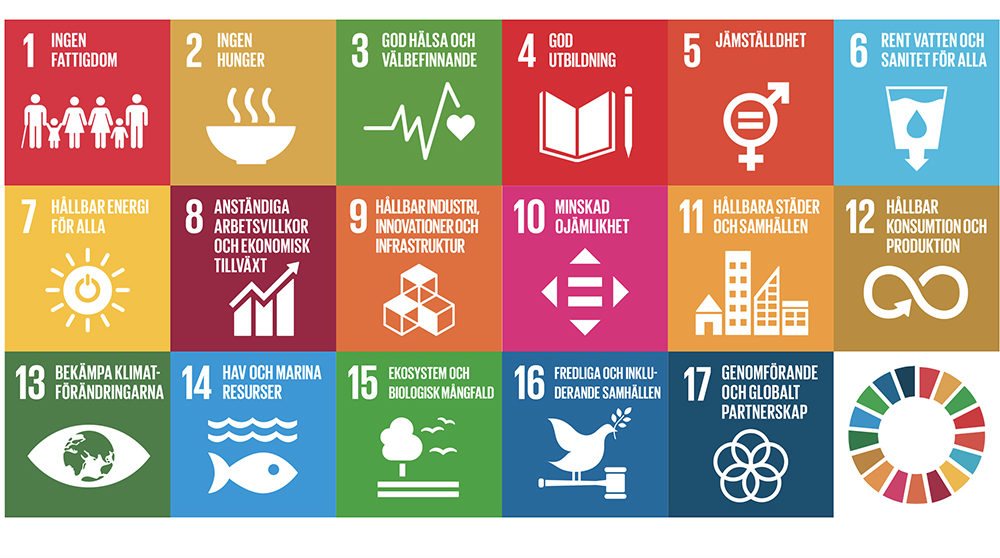