On Saturday the 6th of November the world famous senegalese artist Youssou N’Dour is back in Stockholm with his band. But besides music, N’Dour has played an important role in the political process in Senegal, one of a handful of African countries that have never experienced a military coup, writes Catherine Lena Kelly from National Defense University.

Senegalese voters went to the polls in July 2022, continuing a tradition of robust multiparty competition in the country. The election process itself was nothing out of the ordinary in Senegal. But the results of the election – and their implications for democratic oversight – are unprecedented.

For the first time in the country’s contemporary history, no single coalition won an outright majority in parliament.

This places Senegal in uncharted territory. Serious negotiation may be required for the coalition to maintain its razor-thin legislative majority and ensure that members of its parliamentary group vote along disciplined lines.

In addition, the ruling coalition no longer commands the three-fifths majority required to change the constitution. This could matter in the run-up to Senegal’s 2024 presidential elections, given President Macky Sall’s unwillingness to publicly eschew the idea of pursuing an illegal third term.

Democratic statesmanship and political skill will be required for ruling and opposition camps to navigate this context. The stakes could not be higher. Senegal’s increasing youth demographic has previously protested about socioeconomic conditions and the perception that the courts are being used against popular opposition figures. Some of these protests were met with violence.

Youth inclusion and peaceful engagement in politics will be key to a stable future.

What happened?
On 31 July, 46% of Senegal’s 7 million eligible voters went to the polls to choose between eight coalitions of political parties.

The election took place in a relatively tense context. Senegal’s Constitutional Council had rejected one of the primary opposition coalitions’ list of first-choice nominees as well as the ruling coalition’s list of alternate nominees on part of the ballot.

Both decisions were made on the basis of technical errors in nomination paperwork.

The Benno Bokk Yakaar (United in Hope) coalition, headed by Macky Sall and previously in control of a legislative supermajority, saw its representation reduced from 125 to 82 of 165 seats.

The two most popular opposition coalitions won 80 seats together. They were made up of Yewwi Askan Wi (Liberate the People), which is affiliated with the populist anti-corruption crusader Ousmane Sonko along with the former and current mayors of Dakar, Khalifa Sall and Barthelemy Dias, and Wallu Senegal (Save Senegal), which is linked to figures from the ex-ruling Senegalese Democratic Party.

The three remaining parliamentary seats are controlled by the leaders of smaller coalitions:

After learning these initial results, for either the Benno Bokk Yakaar or the Yewwi-Wallu coalitions to control a parliamentary majority, they needed at least one other colleague (and in Yewwi-Wallu’s case, all three) voting with them, even if those colleagues do not join their parliamentary group.

Diop recently announced that he would join the ruling coalition’s parliamentary group in the National Assembly. This would give Benno Bokk Yakaar the 83 votes it needs to pass legislation. But the small majority makes it fragile. It only holds if all 83 consistently vote the parliamentary group’s position.

There are no guarantees of that. With the 2024 presidential election approaching, there are multiple politicians in both the Benno Bokk Yakaar and Yewwi-Wallu coalitions who might consider candidacy. Both coalitions may accordingly weaken in their cohesion as time goes on.

Why it matters
Until now, the Senegalese National Assembly has always had a ruling party or coalition with supermajority control.

The fact that the ruling coalition now barely controls an absolute majority will increase the political bargaining required for effective governance. Nevertheless, the president still wields considerable power. So it remains to be seen how much the fragile configuration fosters compromise and negotiation.

One domain in which the election results could have influence is President Sall’s approach to term limits. The Senegalese constitution currently limits them to two.

Sall is approaching the end of his second presidential term in 2024. But his detractors worry that he will use the 2016 constitutional referendum to justify running again.

The 2016 referendum shortened presidential terms from seven years to five. Because it was passed during Sall’s first term, he could attempt to argue that the change allows his term count to restart.

He may be politically limited by outcomes of the 2022 municipal and legislative races, which revealed popular demand for the opposition.

But without a three-fifths parliamentary majority, additional constitutional reforms that could aid the pursuit of a third term are unlikely.

Insisting on a third term bid would also be risky amid current political tensions related to citizens’ demands for more transparent governance, rule of law and respect for civic freedoms.

The configuration of parliament will make it possible but potentially more difficult for the president to pass new laws. Opposition politicians have incentives to build ad hoc coalitions by poaching votes from the fragile majority.

For example, if it could work with the two kingmakers who have not rallied with Benno Bokk Yakaar and convince one other parliamentarian, the opposition could propose legislation affecting the balance of powers. An example would be a reduction in presidential influence over appointments to the Constitutional Council.

The Senegalese president can also dissolve the parliament, but only after its first two years in session. Sall will not be able to exercise this power before the 2024 presidential elections if they are held as scheduled.

If these conditions deter Sall from a third term bid, Senegal could witness what one pundit calls “the most open presidential election in history”.

Moving forward
Senegalese leaders on both sides of the aisle are faced with the delicate task of navigating the fragile parliamentary majority.

On one hand, if the fragile majority becomes a rhetorical justification for Sall’s pursuit of an unconstitutional third term, it could damage Senegal’s democracy and intensify division. It would detract from the Sall administration’s progress on economic development and infrastructure. It would also diminish Senegal’s well-known soft power influence in Africa, currently amplified by Sall’s chairmanship of the African Union Commission.

On the other hand, there is an opportunity to build bridges between political camps. Pursuing collaborative agendas could reduce political polarisation. This could strengthen Senegalese democracy well beyond the 2024 presidential elections, for which the recent legislative results are a useful barometer.

Read more about the concert with Youssou N’Dour in Stocholm here. 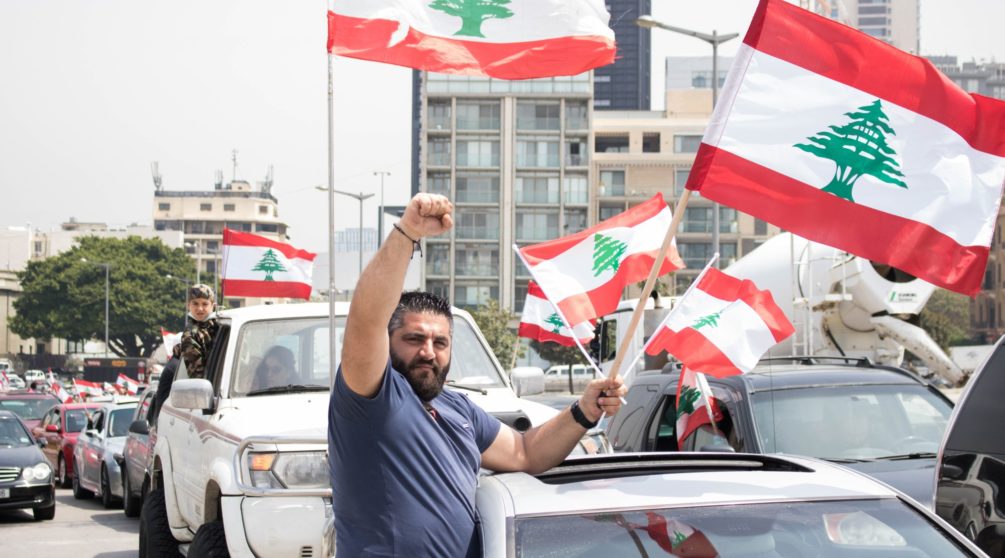