Global heating may rise to between 2.4℃ and 2.6℃ by 2100. For Africans, these changes will increase inequality and disrupt businesses and for 113 million people to relocate by 2050 a new report shows, writes Nicholas P. Simpson from University of Cape Town.

Adapting to a world that is warmer than today is a huge undertaking, even if the most ambitious temperature ceiling is met. Increasing climate risks mean that millions of Africans could be uprooted or trapped where they are due to climate change.

Unfortunately, the world has made little progress on what it takes to adapt safely to life on a warmer planet. We still lack the scale and urgency of both collective and transformative action necessary to cut greenhouse gases as per the Paris Agreement on Climate Change.

Global heating may rise to between 2.4℃ and 2.6℃ by 2100. That presents uninsurable risks, even for rich countries.

For Africans, these changes will increase inequality and disrupt businesses. They will also undermine agricultural systems and decades of development gains in health and education. In addition, the changes are set to cause losses and damage to Africa’s unique heritage of outstanding and universal value. These impacts will increasingly affect those moving, staying, and communities receiving people on the move due to climate change.

All life on Earth will have to adapt if any industries are to survive for Africa’s future generations. There is a narrow window left to prepare and shift to adaptation in Africa.

A new report called African Shifts documents the current realities of climate-forced migration and displacement in Africa. The report paints possible scenarios for future population movements resulting from increasing climate impacts. It also revises the discourse of migration and climate change. It uses the term “climate mobility” to capture the movement motivated by the adverse effects of sudden or slow-onset climate impacts.

The report, launched by the Africa Climate Mobility Initiative, aims to provide evidence, knowledge and policy recommendations to leaders gathering at the COP27 climate change negotiations in Egypt, where climate adaptation strategies are high on the agenda.

African Shifts, of which I am the lead drafting author, provides research, data and projections that support locally anchored solutions for climate adaptation in communities across Africa facing the impacts of forced migration. It uses likely and optimistic climate change and development scenarios to provide projections of climate mobility that are appropriate to Africa’s development trajectory over the next 30 years.

Several new findings have been made and key actions proposed.

The report shows that:

Key actions
The Agenda for Action accompanying the African Shifts report proposes key actions for the next eight years. These actions can support countries in achieving the aspirations of the 2030 Sustainable Development Goals set up by the UN under the Paris Agreement. They include:

Planning for mobility – Anticipate and plan for climate mobility. This includes permanent relocation, fostering social cohesion in affected communities, preventing immobility, driving economic growth, sustaining peace, and protecting people on the move. Next step is to integrate climate mobility in climate adaptation and finance commitments. This is achieved by recognising and supporting mobility as a legitimate strategy.

Transforming development – Build from the local by pursuing community-led solutions for climate-resilient development, disaster response and climate mobility across the continent.

Countries should also invest in resilient and connected cities. Build stronger ties across cities and with rural areas and economies.

Lastly, countries should pursue nature-positive development. Land, water, and other shared natural resources should be managed cooperatively and sustainably to support agricultural and ecosystem-based livelihoods and boost productivity. Reduce the environmental impact and harness ecosystems and biodiversity protection for economic development and climate resilience.

The report makes the case that inclusive development choices that reduce vulnerability and build climate resilience could enable people to stay in their home communities.

These areas need to build resilience in near-term actions and long-term strategies.

The steps proposed in the report can avert and minimise the risk of displacement and prepare communities for future arrivals, preventing escalating loss and damage in a warmer future.

The research, modelling and analysis that form the basis of this report were the result of a unique collaboration between the Africa Climate Mobility Initiative, the Mixed Migration Centre, and a consortium led by the Center for International Earth Science Information Network of the Columbia University Climate School, including the City University of New York Institute for Demographic Research, and the Potsdam Institute for Climate Impact Research. 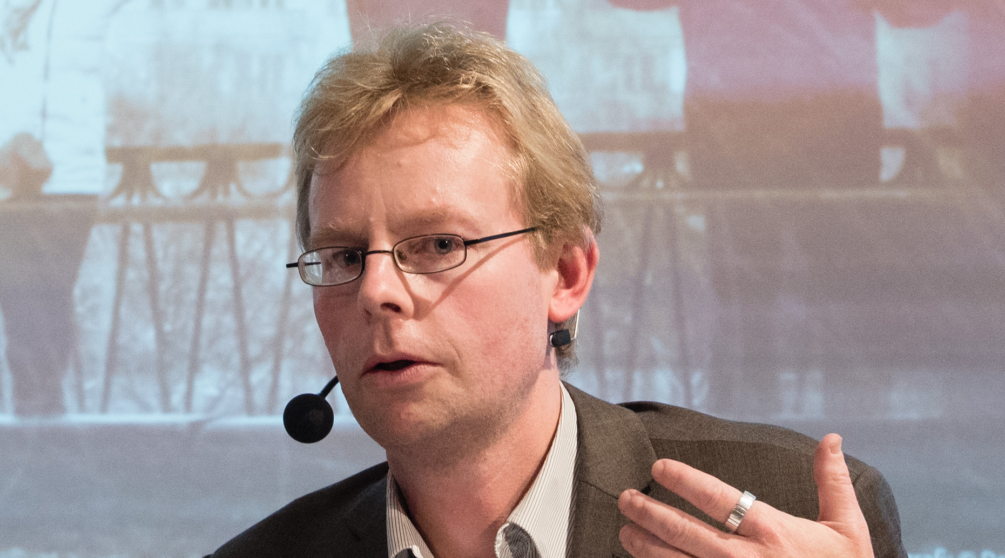