On the 18th of August, the Swedish Government decided to repay an additional SEK 2.9 billion of the funds deducted from the global aid budget. This follows a controversial decision to use a fifth of the money earmarked for global aid to deal with the expected influx of Ukrainian refugees following Russia’s invasion. This decision means that a total of SEK 4.2 billion has been ”returned” out of the total of SEK 9.2 billion deducted.

On 3 August, Martin Nihlgård wrote an opinion piece for the organisation IM in which he argued that the government should return SEK 2.8 billion, since the Migration Agency’s forecast for Ukrainian refugees had changed. Now it is a bit more, 2.9 billion, and for the same reasons.

– My spontaneous reaction is that this sounds excellent. The next step is for the government to pay out the funds that are still being withheld, says Martin Nihlgård in a commentary.

Due to the previous reduction of the aid budger, priority was given to aid for civil society organisations and efforts to promote human rights and democracy. Today’s decision means that the government will make resources available for climate initiatives. The government is also relaxing the spending limits for aid to Africa, Asia, and the Middle East. The war in Ukraine and its consequences will also be given special consideration.

– It is good to be able to announce that the Government is further easing the disbursement ceiling within the aid budget. The importance of aid has increased due to the war in Ukraine and rising food prices, but also in the wake of the pandemic and extreme weather conditions caused by climate change. That is why we are now making it possible to provide more climate aid to countries that are hard hit by drought, poverty, and conflicts,” commented Minister for Development Cooperation Matilda Ernkrans.

Minister for International Development Cooperation Matilda Ernkrans, following the government’s decision to repay SEK 2.9 billion in aid, says she will stand up for the one percent target. She also does not rule out that more money may be paid back.

How wise was it to take the earlier decision, given that you have now been able to return so much money and given all the criticism you have received?

– We have to remember that back in April we were facing the Russian invasion of Ukraine, a situation we haven’t seen since the Second World War, with millions of people fleeing. We could see then that there was no room in the budget and that is why the decision was taken. I also thought that I tried to make it clear that we would follow developments in terms of how many people would come to Sweden and be able to make decisions on that basis. In June, we also returned EUR 1.3 billion.

Could more money be ”paid back?”
– The Migration Agency will come up with another forecast, but the normal thing is to lean on the July forecast, which is also according to the DAC rules.  But clearly we are facing a time of a lot of uncertainty.

But what about the countries and programme areas that do not get ”their” money back?
– We already knew that it would be difficult when we made the announcement in April, but it is clear that we know that Swedish aid makes a difference in the world and that the decision we took would have an impact on activities.

The elections are coming up, and next week you will be taking part in a debate with Margareta Cederfelt, a member of the Moderate Party. How do you feel about this?
– I’m really looking forward to it. The Moderates have been clearer than ever in this election and they want to take 20 billion from aid to finance tax cuts. There is a lot at stake here. That is one of the reasons why I want to hear the Moderates answer about the consequences of their policy, because it is not only anti-solidarity, but also economically unsound to cut back on aid to the poor around the world. After all, the big question is how we are to reduce war and conflict in the world, and it is obvious that their policy could lead to more people being driven into flight. 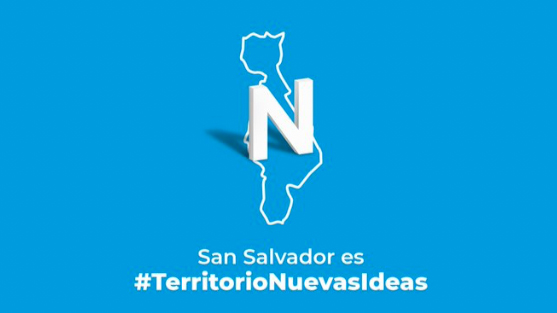