Most rich white countries refuse to accept the climate debt they owe to poorer countries and communities. In so doing, they sentence millions of people to premature death, disability or unnecessary hardship. This injustice – a type of “atmospheric colonisation” – is a form of deeply entrenched colonial racism that arguably represents the most pressing global equity issue of our time, writes Erin Fitz-Henry at The University of Melbourne.

“Climate change is racist”. So reads the title of a recent book by British journalist Jeremy Williams. While this title might seem provocative, it’s long been recognised that people of colour suffer disproportionate harms under climate change – and this is likely to worsen in the coming decades.

However, most rich white countries, including Australia, are doing precious little to properly address this inequity. For the most part, they refuse to accept the climate debt they owe to poorer countries and communities.

In so doing, they sentence millions of people to premature death, disability or unnecessary hardship. This includes in Australia, where climate change compounds historical wrongs against First Nations communities in many ways.

This injustice – a type of “atmospheric colonisation” – is a form of deeply entrenched colonial racism that arguably represents the most pressing global equity issue of our time. Several upcoming global talks, including the Pacific Islands Forum this week, offer a chance to urgently elevate climate justice on the global agenda.

‘Not borne equally’
The effects of climate change are not borne equally between everyone on the planet, and this problem will only worsen. Black people, people of colour and Indigenous people often face the most dire consequences in a warming world.

For example, research suggests global warming of 2℃ would leave more than half of Africa’s population at risk of undernourishment, due to reduced agricultural production. This is despite Africa having contributed relatively little to greenhouse gas emissions.

disrupts cultural and spiritual connections to Country that are central to health and wellbeing. Health services are struggling to operate in extreme weather with increasing demands and a reduced workforce.

All these forces combine to exacerbate already unacceptable levels of ill-health within Aboriginal and Torres Strait Islander populations.

Failure at Bonn
Last month, the continued failure on the part of rich white countries to take responsibility for this injustice was on full display at the United Nations climate meetings in Bonn, Germany.

There, governments failed to make any significant progress towards compensation for “loss and damage”. According to Oxfam, loss and damage collectively refers to:

the consequences and harm caused by climate change where adaptation efforts are either overwhelmed or absent.

At Bonn, the G77 (a coalition of 134 developing countries) and China wanted financing for a so-called “loss and damage facility” put on the official agenda at the COP27 climate conference in Egypt in November this year. This facility would comprise a formal body to deliver funding to developing nations to cope with the consequences of climate change.

But the United States and the European Union opposed the move, fearing they would become liable for billions of dollars in damages.

Concerns around “loss and damage” have been long plagued global climate negotiations. In 2013, the Warsaw International Mechanism for Loss and Damage was established at COP19. Climate activists hoped it would usher in a new era of climate justice. But almost a decade on, there’s still no clear path to the financing required. And rich white countries continue to distance themselves from all language of compensation or reparation for both historic and contemporary emissions.

This refusal continues long histories of European racism, including the deeply racialised processes of large-scale extraction that fuelled and sustained the Industrial Revolution from the outset.

Sugar plantations throughout the Caribbean were worked for generations by Africans who were enslaved, generating massive profits for Europeans that were then invested and reinvested in energy-intensive industrial infrastructure. This infrastructure helped fuel the global emissions that remain in the atmosphere today.

British industrialisation would simply not have been possible without the stolen land and uncompensated labour acquired through colonisation and slavery. Compensation for this plunder was never provided.

And today, the emissions it initiated are doubling back on those whose land and labour made them possible.

Climate change at the centre of reparations
Calls for reparations for colonialism and slavery have grown rapidly over the past few years – particularly as a result of the Black Lives Matter movement in the US and UK.

Some European states have begun to take responsibility and provide redress for colonial theft, violence and displacement.

These efforts are laudable. But there’s an urgent need to focus this sentiment on climate change – and in particular, to supercharge demands for climate reparations.

The Pacific Islands forum that was recently held provides an opportunity for Australia to undertake climate reparation, by committing new finance for the loss and damage incurred by poorer Pacific nations under climate change.

UN Special Rapporteur Philip Alston recently said the world risks a new era of “climate apartheid”. In this scenario, tens of millions of people will be impoverished, displaced and hungry, while the rich buy their way out of hardship.

Going into COP27 in November, negotiators from the US, the EU and Australia must prioritise loss and damage finance. Failing to do so will only further solidify climate injustice.

Amnesty: Why did it go so wrong?

Kenya: How Martha Karua can change the role of women in politics 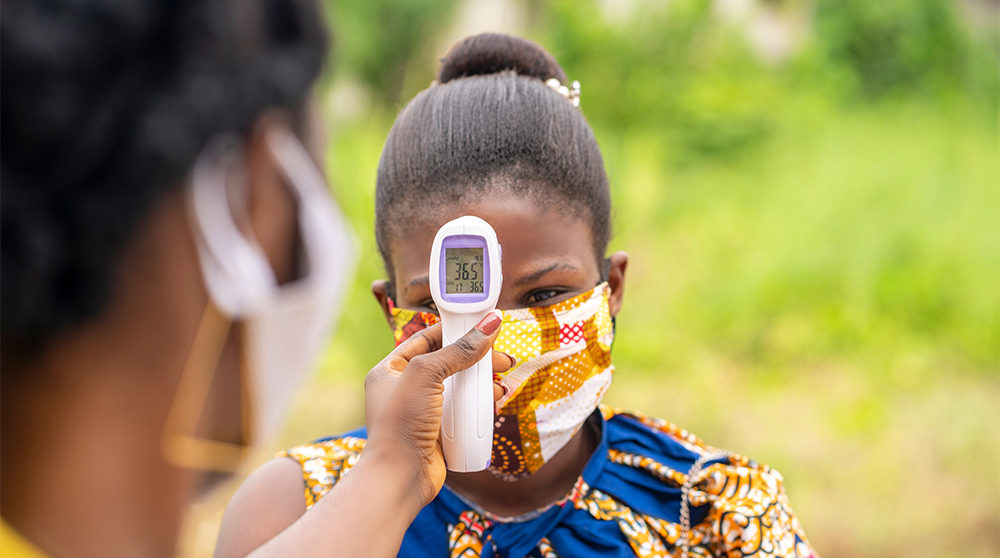