On April 6, 2022, a military tribunal in Burkina Faso found 11 men, including the former president guilty of ”… complicity in murder and concealment of a corpse.” This marked a historic moment. The trial which began in October 2021 was intended to uncover the truth behind the 1987 assassination of Burkina Faso’s revered leader, Thomas Sankara, writes Phyllis Taoua at University of Arizona.

In practical terms, the verdict may not have an immediate effect on the lives of the perpetrators. Compaoré and his closest lieutenant, Yacinthe Kafando, were tried in absentia, as they currently reside in Côte d’Ivoire. Another defendant, Gilbert Diendéré is already in prison in Burkina Faso for attempting a coup in 2015.

But for the country of Burkina Faso, Sankara’s widow and civil society across the continent the verdict has enormously important symbolic power. It is an important step toward ending the culture of impunity that has shielded powerful men who have ruled since Sankara’s assassination from justice.

The historic verdict has established a public record and shown that powerful men cannot simply get away with their crimes for their entire lives.

Sankara and Compaoré
Sankara became president through a coup in 1983. He was aided in part by Blaise Compaoré, one of Sankara’s military comrades.

After renaming his country Burkina Faso (“Land of the Upright”) and implementing progressive reforms such as mass vaccination, equal rights for women, and anti-corruption efforts, Sankara became a symbol for social justice in Africa.

Unfortunately, he also became a target of Western ire with his anti-imperialist politics.

On October 15, 1987, Sankara and 12 others were assassinated by a group of commandos while in the party leadership compound. Compaoré took power as a result of the coup.

Compaoré ruled Burkina Faso for 27 years. In his first years in charge he quickly overturned Sankara’s most progressive policies and cultivated relationships with leaders of terrorist networks operating in the Sahel.

He won ‘re-election’ multiple times. He and his allies also evaded justice for Sankara’s assassination.

In 2014 massive demonstrations followed Compaoré’s attempt to revise the constitution to allow himself to run for another term as president. The efforts of the citizen-led movement Balai Citoyen (“Citizen’s Broom”) led to Compaoré’s removal from power.

The movement was galvanised by popular musicians like Serge Bambara (aka “Smockey”) and Karim Sama (aka “Sams K’Le Jah”), together with other activists in the country. It used the lack of justice for Sankara – and other killings such as that of the popular journalist, Norbert Zongo – as a catalyst for their demonstrations and movement-building.

Without the work of Balai Citoyen and other civil society organisations, the trial of Compaoré and his gang would not have been possible.

The guilty verdict should therefore be celebrated as a landmark victory for democracy and people’s movements in Africa that can serve as a model for others.

Transition to democracy still in the balance
The verdict sentencing Compaoré to life in prison may have beneficial effects beyond its symbolism.

In effect, the guilty verdict and life sentence have shut the door on his political ambitions in Burkina Faso since he cannot return without fear of being arrested.

It could also put an end to continued interference in the country. Some civil society leaders fear he has deliberately contributed to destabilising Burkina Faso since 2016 to pave the way for his return.

The nation continues to face instability, enduring attacks in the north along the border with Mali by jihadists linked to al Qaeda, the Islamic State group, other armed groups and highway robbers.

Some terrorist groups are suspected of receiving support from Compaoré.

Some also suspect the military junta that came to power in January 2022 may contain Compaoré sympathisers. On January 23, 2022, a group calling itself the “Patriotic Movement for Safeguarding and Restoration” led another coup ousting the democratically elected president, Roch Marc Christian Kaboré.

The conduct of the trial itself puts the new military junta on notice that mechanisms now exist to investigate and determine the truth behind leaders’ crimes, even decades later.

The trial’s effect on the culture of impunity can also be seen in the fact that the current junta released Kaboré, the ousted president, from custody the day after the verdict was announced.

While ECOWAS and others had been calling for Kaboré’s release from detention by the military officers who led the coup from day one, it was not until the guilty verdict was handed down that the junta finally did so. The timing suggests that the guilty verdict sent a signal in defence of the deposed president’s human rights and personal security.

The verdict may also help further the trial of François Compaoré, who faces extradition from France for murdering Norbert Zongo in 1998. Zongo has long been an important figure for citizen-activists in Burkina Faso. His work directly challenged the power structure through the publishing of investigative journalism intended to inform the people and cultivate demanding citizens.

Engaged citizens and the way forward
Burkinabè citizens watch with apprehension as talks about a transition to democracy continue. Burkina Faso has a long way to go to restore peace and security across the country. And the 2022 coup has complicated the nation’s ability to combat the terrorism and instability that have persisted since 2016.

But the guilty verdict shows that the nonviolent activism of groups like Balai Cityoen are making a difference. Similar groups across Africa have been paying close attention to Burkina Faso and the results of the trial. These include Y’en a Marre (“Enough is Enough”) in Senegal and La LUCHA (“Struggle for Change”) and Filimbi (“Blow of the Whistle”) in the Democratic Republic of the Congo.

Activists in these citizen-led movements, connected through their music, journalism and civic engagement, continue to risk their own freedom and safety to push for change and fight against impunity within their own countries.

Their work deserves the attention and support of the entire international community that supports human rights and defend democracy worldwide.

Todd Laufenberg, Master’s student at the University of Arizona in the Human Rights Practice program contributed to this article. 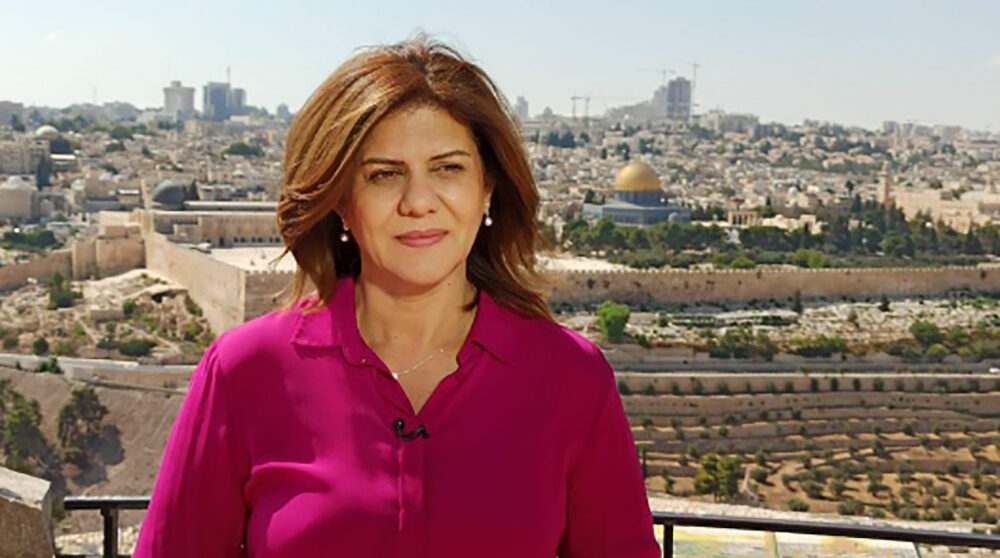