Snowfall in a hot desert may seem a contradiction but snow has been recorded several times in the Sahara Desert over the last decades, most recently in January 2022. Thus, snowfall may be unusual but is not unprecedented in the region, writes Jasper Knight from University of the Witwatersrand.

In order for snow to form, two distinctive weather properties are needed: cold temperatures and moist air. The presence of snow reflects a special combination of air circulation in the atmosphere and the nature of the land surface upon which the snow falls.

Although the Sahara commonly experiences very high temperatures (more than 50°C), low temperatures are also recorded (in particular at night) because of the bare land surface and the cloudless skies. A maximum cold of -14°C was recorded in Algeria in January 2005 during the northern hemisphere winter.

The Sahara is the world’s largest hot desert. It spans across 11 countries in northern Africa: Algeria, Chad, Egypt, Libya, Mali, Mauritania, Morocco, Niger, Western Sahara, Sudan and Tunisia. It is bordered by the Atlantic Ocean on the west, the Red Sea on the east, the Mediterranean Sea on the north and the Sahel Savannah on the south.

Winter air circulation patterns draw cool, moist air towards the northern Sahara from the Atlantic and Mediterranean. This results in higher winter precipitation along the Saharan fringe in this season.

Over higher ground – such as the Atlas Mountains of Morocco and Algeria – rising air can cool, condense, and if the air is cold enough its moisture can freeze to form snow crystals and then, eventually, a blanket of snowfall. If the land surface is also cold, snow can persist and not immediately melt away.

It is under these weather conditions, and in these mountainous areas, that snow in the Sahara can occasionally be found.

Saharan rainfall and snowfall
The Sahara’s centre is hyperarid, receiving less than 100 mm of rainfall per year, but it also has water bodies on three of its four sides. Wet air comes into the region from the Atlantic Ocean, the Mediterranean Sea, and the Indian Ocean, by low-pressure cyclones in the northern Sahara during winter, and monsoon rains in the southern Sahara during summer. The peripheries of the desert are therefore wetter than its centre. This means that snow is more likely to form at the periphery of the desert.

The Atlas Mountains in particular act as a snowtrap because of their proximity to the Atlantic and elevation. The Algerian town of Aïn Séfra received snow in the northern hemisphere winters of 1979, 2016, 2017, 2018, 2021 and 2022. This latter event was just a light dusting, transforming the sand dunes with a thin white coat, whereas in 2018 for example up to 30 cm of snow fell in higher elevation areas. Several ski resorts are found in the Atlas Mountains (mainly with machine-made snow however) as evidence shows that snow falls relatively frequently here.

The Sahara and climate change
Is snow in the Sahara becoming more or less common? The short answer is that we don’t yet know. This is in part because of the lack of data on past events, but also because climate modelling effort has not focused on the Sahara, an area of low population.

A key property of the Sahara is its size (9 million km2) and remoteness. This means that satellite remote sensing methods rather than field observations are now used to map the timing, amount and distribution of rainfall and snowfall. But this only extends to the last few decades: there is very little evidence for snowfall patterns prior to satellite records becoming available in the 1970s.

So Saharan snowfall historically may be more common than we think. It would be interesting to use anthropological evidence and oral histories to explore this possibility.

Globally, however, climate change is leading to more unpredictable weather patterns. In the Sahara, this may mean increased variability of rainfall along its wetter Sahelian fringe and along the Atlantic and Mediterranean seaboards (including in the Atlas Mountains).

Snow events are likely to continue –- and may become more variable in timing and quantity –- if colder conditions over the mountains persist.

Although snow patterns are uncertain, this is not the main challenge that the Sahara faces under climate change. It’s predicted that the landward side of the mountains will become drier and the centre of the Sahara will remain dry and become even hotter. Increased dryness and unsustainable pumping and pollution of groundwater aquifers means that there is less water available for its agriculture and growing cities.

Over recent decades, the Sahara itself has also been getting bigger because of the southern Sahel becoming drier and turning to desert, and this is likely to continue in future decades.

Jasper Knight
Professor of Physical Geography, University of the Witwatersrand 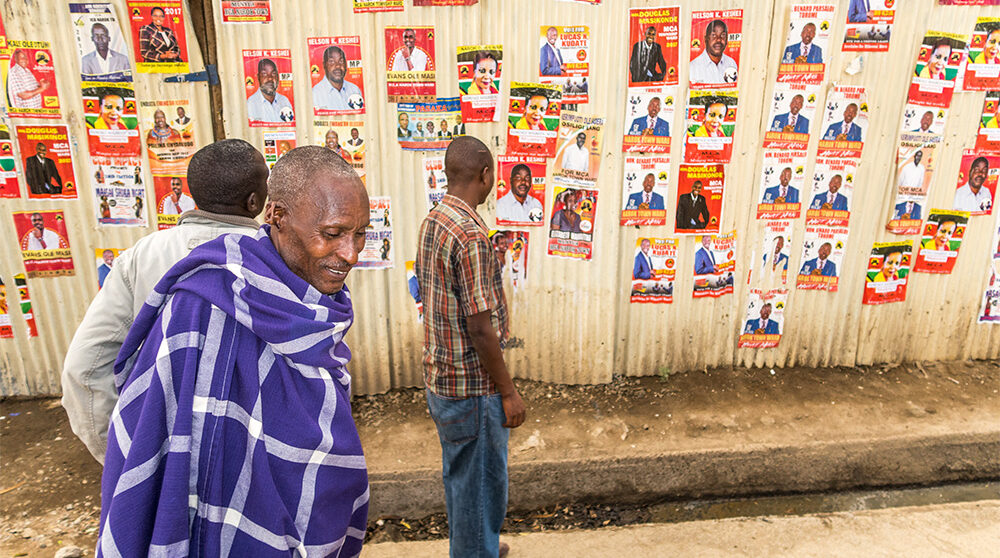