One year has passed since the biggest non-nuclear explosion in the world exploded in Beirut. Still, noone has been held accountable. Victims are demanding justice. The reconstruction of the city has mainly been rebuilt by private initiatives.

Global Podd is back in Beirut. The restaurant Mayrig was 300 meters from the explosion and severely hit with injured staff. Soon after the explosion, they decided to, despite their own suffering, distribute thousands of meals to those in need. Remy, their communication manager tells us what happened.

The explosion took place at 18.07 and that is also the name given to Beirut 607 that has documented all the people who have died and suffered from the explosion. With beautiful photos and storys in a book and on a website.

Ahmad Mroueh is behind this initiative.

– 218 people died, but we have documented their lives with photos and stories about who they were. They mustn’t be seen just as numbers, Ahmad Mroueh explains, whose organisation also works with pressing accountability of those responsible.

He describes that people of many nations died, but that there are still deaths that are not accounted for.

In the podcast, the sectarian system is discussed, run by a political corrupt elite of former warlords. As well as the systematic corruption among the government.

Daraj is an independent media that has investigated the governor for the central bank who is now under investigation for alleged embezzlement and money laundering worth hundreds of millions in Switzerland and France.

Alia Ibrahim also speaks of the international investigation that Daraj has been involved in of the Israeli spyware Pegasus that has suppressed freedom of expression and spied on journalists and human rights activists in the region.

– People are still sectarian even if they are fed up. I love this 3,5 per cent statistic. If you have 3,5 per cent of the local population that is actively involved you can make a change. I think we have that, we have more than that, more than 3,5 per cent, who are looking for a secular, strong state, that is not looking for a militia running their business, Alia Ibrahim. 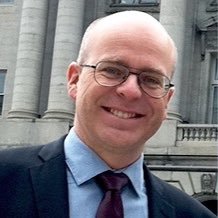