The World Bank, China and other donors are pouring resources into Kenya. But who gets the money? Kenyan writer and columnist Abigail Arunga decided to write an open letter.

(Of course the title line should read Dear Chinese government, dear IMF, dear Bill Gates Foundation, dear…anyone else who feels like it makes any sense to give Kenya money, but for brevity’s sake, because that’s a pretty long list, I’ll just use World Bank this to a representative entity).

I just read in the paper today that you’re giving Kenya $1 billion (Sh107 billion) to help maintain fiscal stability and also help in the fight against Covid-19.

If I’m being honest, WB, I really wish you hadn’t done that.

See, here’s the thing. Kenya doesn’t need any more money. Why? We haven’t even used what we’ve got. We’ve been getting all kinds of help, left, right and centre – and that’s great. Truly! It’s always nice to feel cared for and considered. Wow, someone’s thinking of us! Someone’s trying to help us through this very hard time! Brilliant!

But Kenyans have not really seen the effect of the money that is being literally poured into Kenya at the moment. Why? Your guess is as good as mine. But it does look like the money is sent to the bank account, and then disappears shortly after. Which means, really, you’re not giving money to Kenya – you’re giving money to a few very specific Kenyans.

It isn’t the ones having to pay for quarantine, that’s for sure. It isn’t the medics who need protective gear to do their jobs. And it isn’t those evicted from Kariobangi because they have so many other places to go in the midst of a pandemic. Wait, if the money donated isn’t being used for these people, then what is it being used for?

Maybe it is the one the Daily Nation reported about? It reported that “Health Cabinet Secretary Mutahi Kagwe and his Treasury counterpart Ukur Yattani have been summoned to appear before the Senate and National Assembly Health committees over alleged misappropriation of Sh1.3 billion Covid-19 funds.”

This comes as President Uhuru Kenyatta dismissed claims of misappropriation of the funds after the Health ministry shared an itemised budget of how the money was spent.

So there’s a mystery at the ministry. And then there’s the ones who were running the donation fund, founded after the fiasco at Kibra that ensued from a free for all food distribution. No heads are rolling.

Either, the WB and affiliates, you’re so intent on being good humanitarian organisations that you don’t notice the theft (unlikely), or you don’t care that there is theft.

The Bill and Melinda Gates Foundation does a lot of reporting work to check whether the projects they are working on are moving forward. Do other people do the same? Do they ensure that they’re not just buying someone’s private jet? It isn’t that hard to track, is it?

And once you see headlines like these, why do you continue to give five Kenyans money? Or are you just as bad as the five, trying to buy a country that shouldn’t be for sale?

One of the Kenyans who are not getting the money but are still being taxed and yelled at from podiums about the total number of Covid-19 cases.

Abigail Arunga has worked as a contributor for several local magazines such as Home and Living and Saturday Magazine. She is a columnist at Daily Nation in Nairobi, Kenya where the text previously has been published. 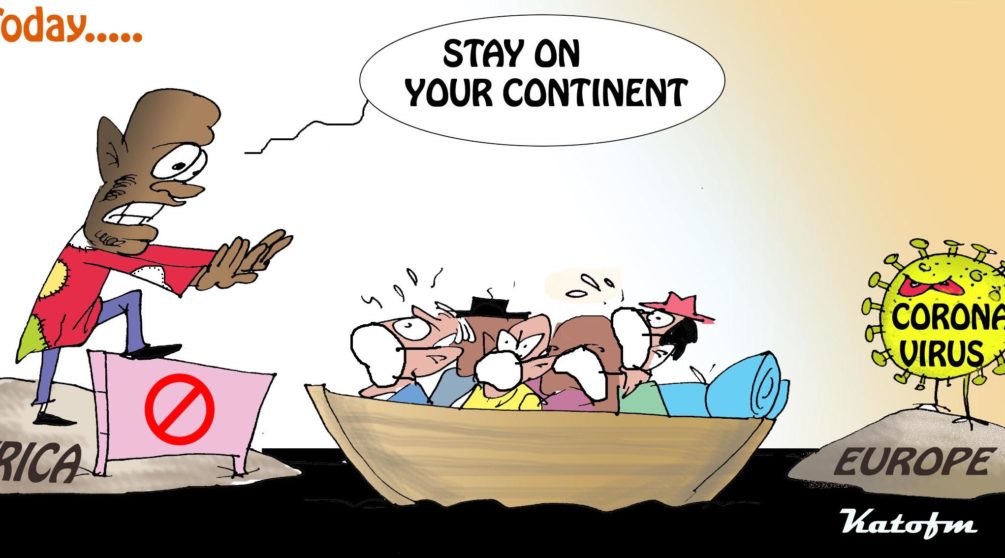